The word “scrolling” means to move the display of text or graphics from one position to another continuously and similarly if the text is displayed on LCD, the continuous change of the position of text from left to right or right to left is known as scrolling. The term “auto scrolling” itself explains its meaning that the scrolling is controlled by the automatic method.

What is autoscroll() function in Arduino

In autoscroll(), the characters displayed on the LCD push the previous character to the next position, replace its position with themselves and this process continues until the last character adjusts itself on the LCD.

What is the syntax of autoscroll() in Arduino

The syntax of using the autoscroll() function in Arduino is:

What is noAutoScroll() in Arduino

The syntax of noAutoScroll() is also similar to the autoscroll():

What is an Arduino code for scrolling the text on LCD

We will type a code in Arduino IDE for displaying the “LinuxHint” and then scroll the characters of this single row by using the autoscroll() function:

Explanation of the code: For using the LCD with Arduino, we have to include a library of “LiquidCrystal.h” and use the function of LiquidCrystal() to initialize the pins of the LCD depending on the use of data lines either 4 or 8. We will start communicating the LCD using lcd.begin() as our LCD is 16×2, so we use this value.

In the loop function, we displayed the value of ”val” variable, increment the value of “count on every iteration”, and auto scroll the display. Then applied the condition on the “count” variable that if its value is greater than 20, stop the autoscrolling, clear the display and also declare count with zero value.

The components we need for the above circuit is:

The circuit diagram for the above circuit will be: 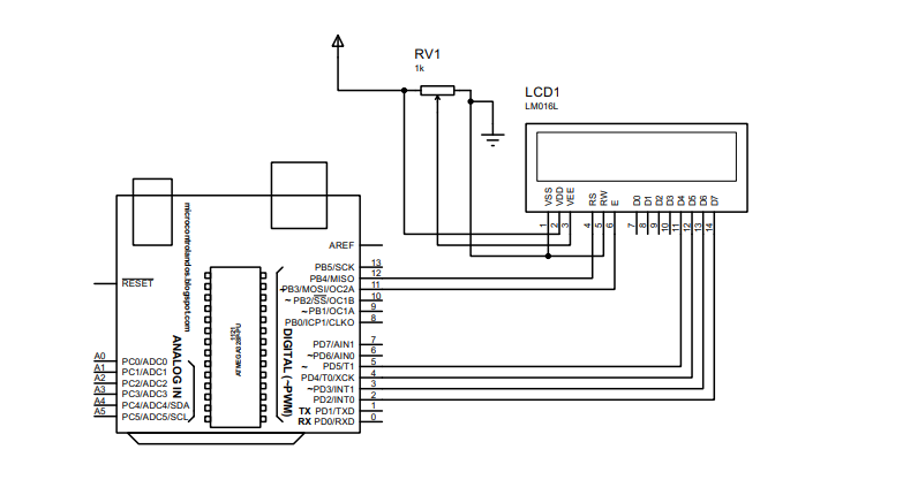 The simulation of the above circuit diagram will is:

The hardware configuration of the following circuit diagram is: 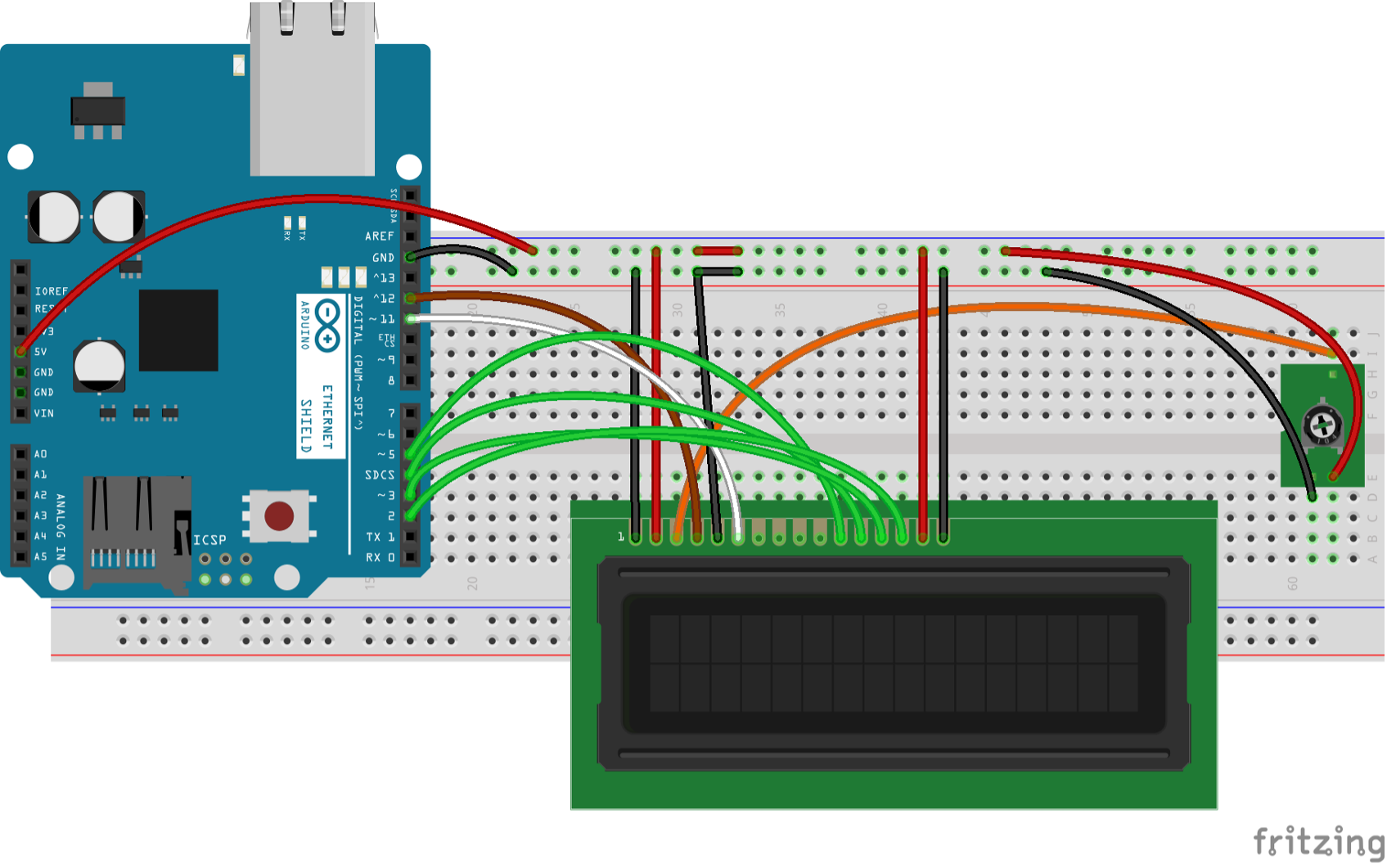 The working of the hardware is:

The scrolling of the display on LCD can be done easily by interfacing the LCD with Arduino and using its built-in function of the autoscroll(). The autoscroll() function scrolls the characters of LCD from left to right or right to left according to the current position of the cursor and the application of scrolling LCD is to display different advertisements and for decoration purposes. In this write-up, autoscroll() and noAutoScroll() functions are explained in detail with its Arduino code and an electric circuit.