In the modern era of technologies, the terms Augmented Reality and Virtual Reality are being discussed by everyone. These technologies have made people’s lives more interesting and captivating, and they are getting more involved in these innovations. It seems that both technologies are the same, but in reality, they are based on totally different concepts and features. How VR and AR differ? Let’s discuss it!

Augmented Reality (AR) is a technology in which we see reality and some artificial things (3D objects, text) overlapping it. In other words, it is a blend of real and digital worlds, whereas Virtual Reality (VR) produces a whole new imaginative environment and takes you into an immersive world. This world could be anything; it could be a museum, a library, or even space.

The major dissimilarity between the AR technique and VR is visual immersion. VR completely covers and substitutes your line of sight, while AR applications just appear on your smartphone or tablet screen that can extend pictures in a restricted zone before your eyes. AR adds fun to reality, meanwhile, VR takes you away from reality and puts you in a virtual world.

AR allows you to add animated objects to the real-world environment, while VR creates new graphics and animations for producing a genuine 3-dimensional view. No additional information is needed for creating a new VR world and it doesn’t provide any features from reality. 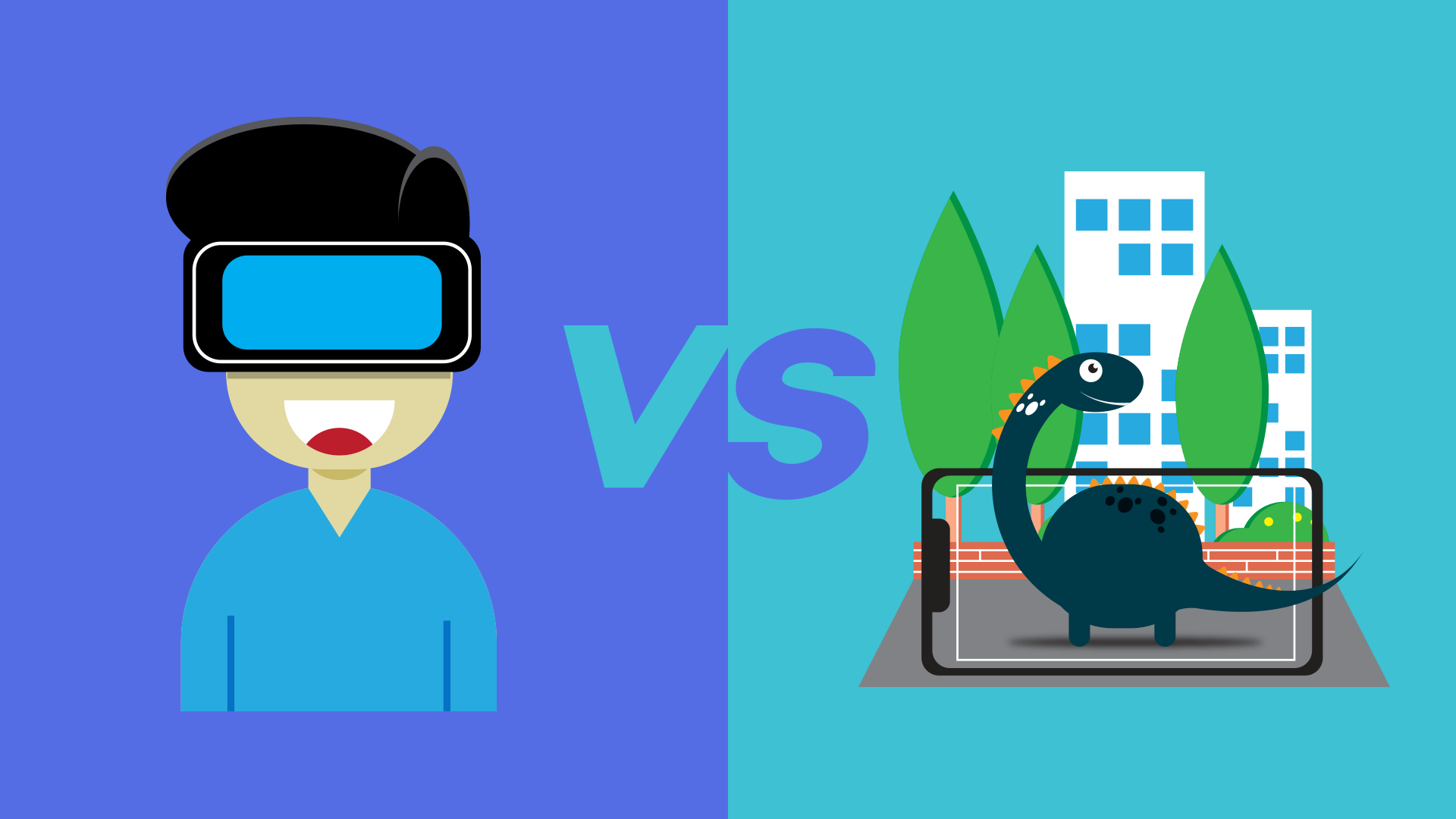 AR creates a layer of other images, objects, or filters on the real image/video that covers the real environment, and displays a new environment just like how the filters of snap chat show you different features. On contrary, VR creates a whole new environment and a barrier between the real and animated world. VR doesn’t allow anyone to see the real world once you started playing games or watching movies by wearing head-mounted devices.

AR allows users to see a clear difference between reality and virtual world. The user can be present in a real environment as well as a virtual one, simultaneously. Whereas, in VR, it is impossible to distinguish between the real and artificial world. VR introduces entirely new surroundings with artificial or animated objects, so the user may realize as he/she is mentally and physically present in the virtual world.

AR is most frequently used nowadays because it does not need any headsets or controllers but only smartphones or smart glasses like Microsoft’s HoloLens, Epson’s Moverio, and Vuzix Blade. These glasses are transparent and permit you to view everything that is placed in front of you. AR is designed for totally free motion during projecting pictures no matter what you watch. There are several AR applications and games, for instance, Pokémon Go, which utilizes your cell phone’s camera to trace your environment and wraps an extra layer of data on it, and displays it on the screen.

While VR requires a proper setup, which involves a head-mounted device, motion-controllers, display screen, etc. VR headsets take control over your vision to make you realize that you are elsewhere, which allows you to feel extraordinary. There are several headsets like HTC Vive, Oculus Quest, and Oculus Rift, which totally cover your eyes, shutting out external environmental factors when you put on your heads. VR headsets can take you to any place you want to go by watching interactive movies or playing different games, hence, the surroundings are supplanted by the virtual world.

In AR, a user can move freely in the environment. But in VR, it is difficult for a user to move freely because they are restricted to a specific area, which is called Play Zone.

AR can be utilized in many ways, like for fun and entertainment (playing games), mapping, interior designing, public safety purpose, repair, maintenance, etc.

AR has different applications for smartphone users, which helps you in different ways. Some of them are given below:

Pokémon Go is a top-listed game in AR technology that has fascinated everyone. This game gets access to your location and an animated character, Pokémon, is moving around in this game. It has been upgraded and got many features like surprise entrance, trading, and one-to-one fights. A lot of the latest Pokémon have been introduced in this game. 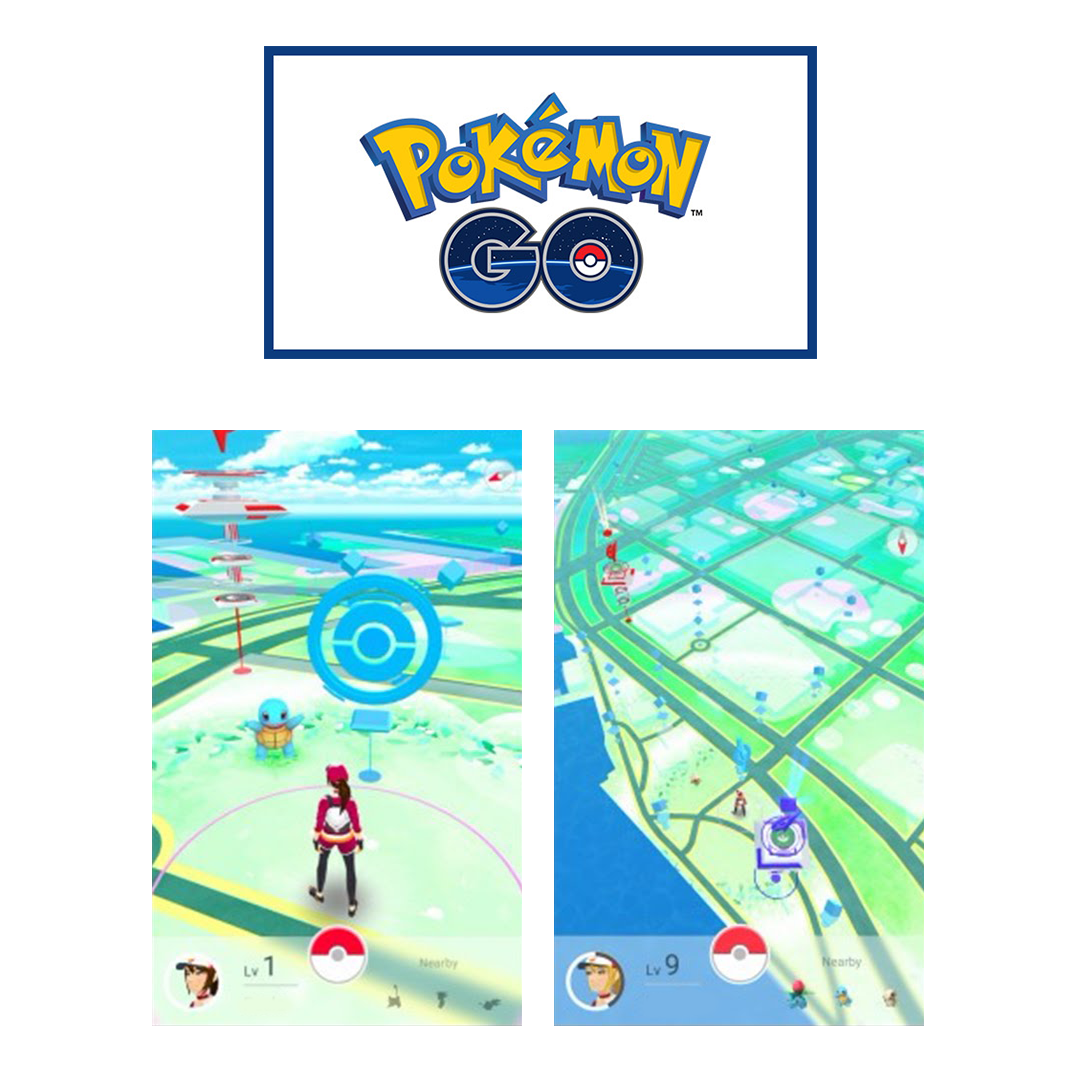 Amikasa, an AR application that assists you to design your home according to your choice. You can set your home before buying furniture. By using your phone’s camera, you can stroll around your home or office or any other place you choose. You can see different 3–dimensional objects and place them anywhere to perceive how they will look like, or to find their exact position. 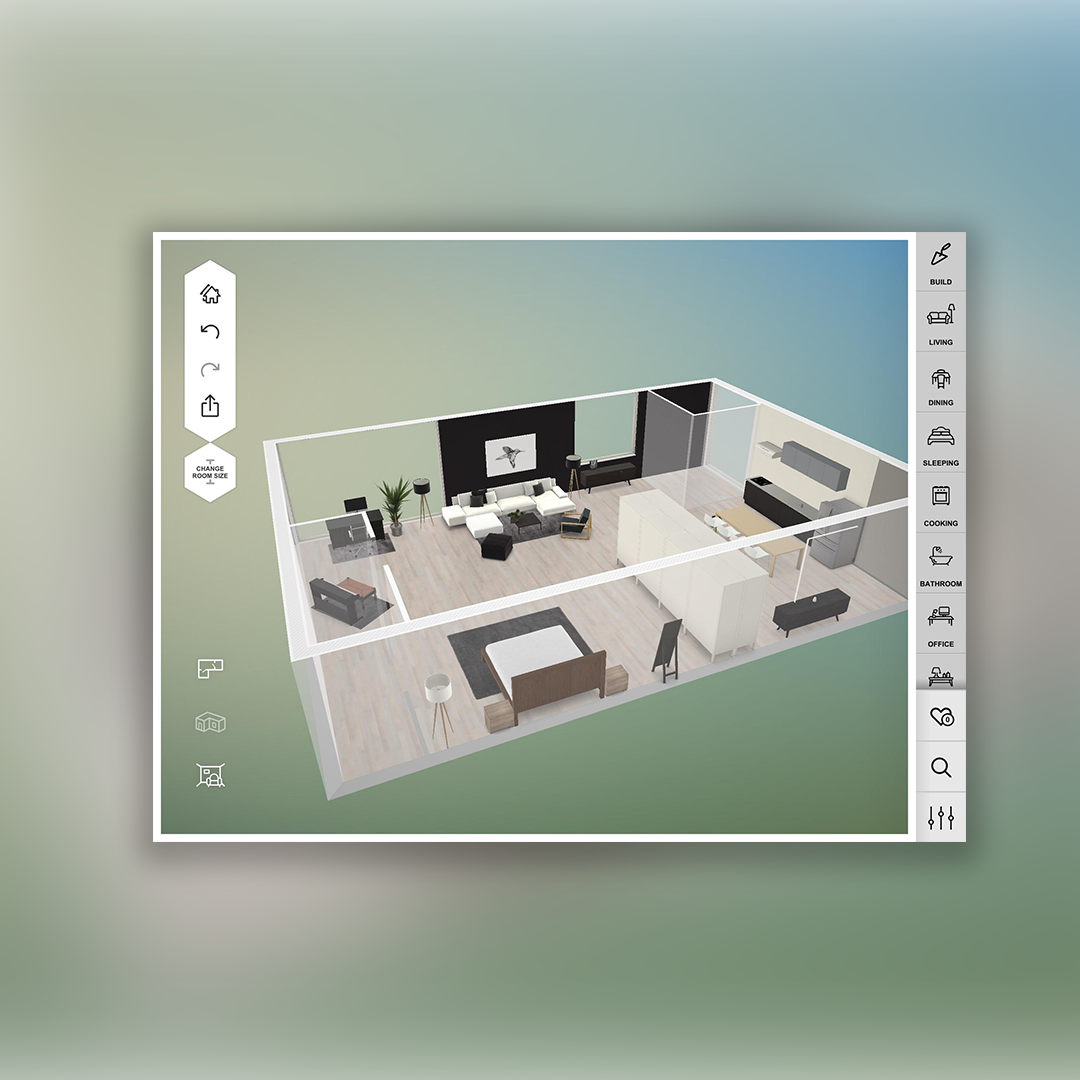 Ink Hunter is an AR application that allows the user to decide where he/she wants to make a tattoo. And what type of design they need. A built-in application editor is used to make different designs for tattoos. It supports only black and white tattoos but has recently been upgraded, and the new version of this application supports colored tattoos also. 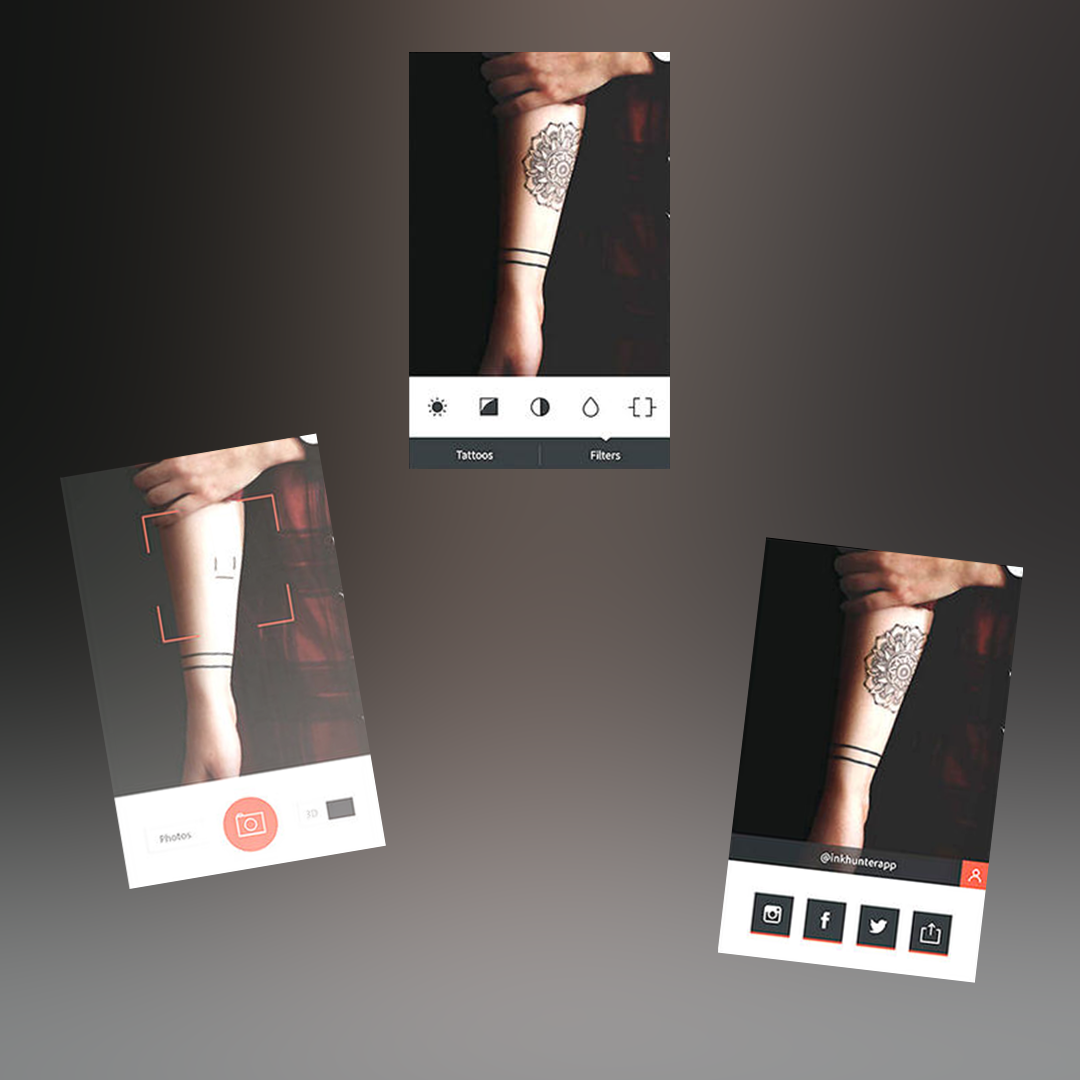 VR has many applications that can be used on smartphones; some of them are discussed as follow:

It is a VR application that tells people about beautiful places that they have never visited. You can explore different places on earth and enjoy the beautiful scenes. 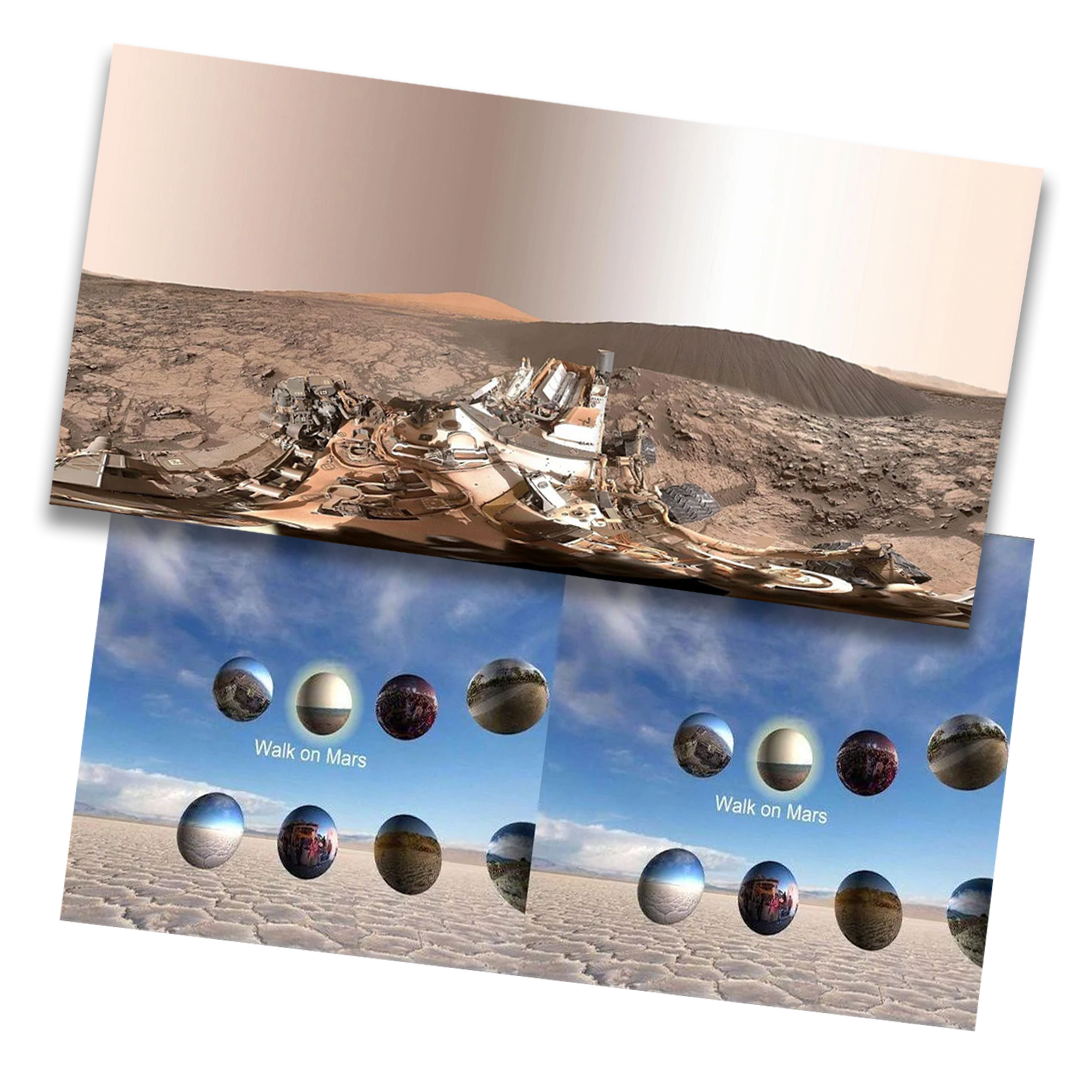 This app combines interactivity and biological science and presents an immersive experience in VR. There is a tiny world that reproduces human cells. All activities will appear in this application, which is necessary for the functioning of the human body. 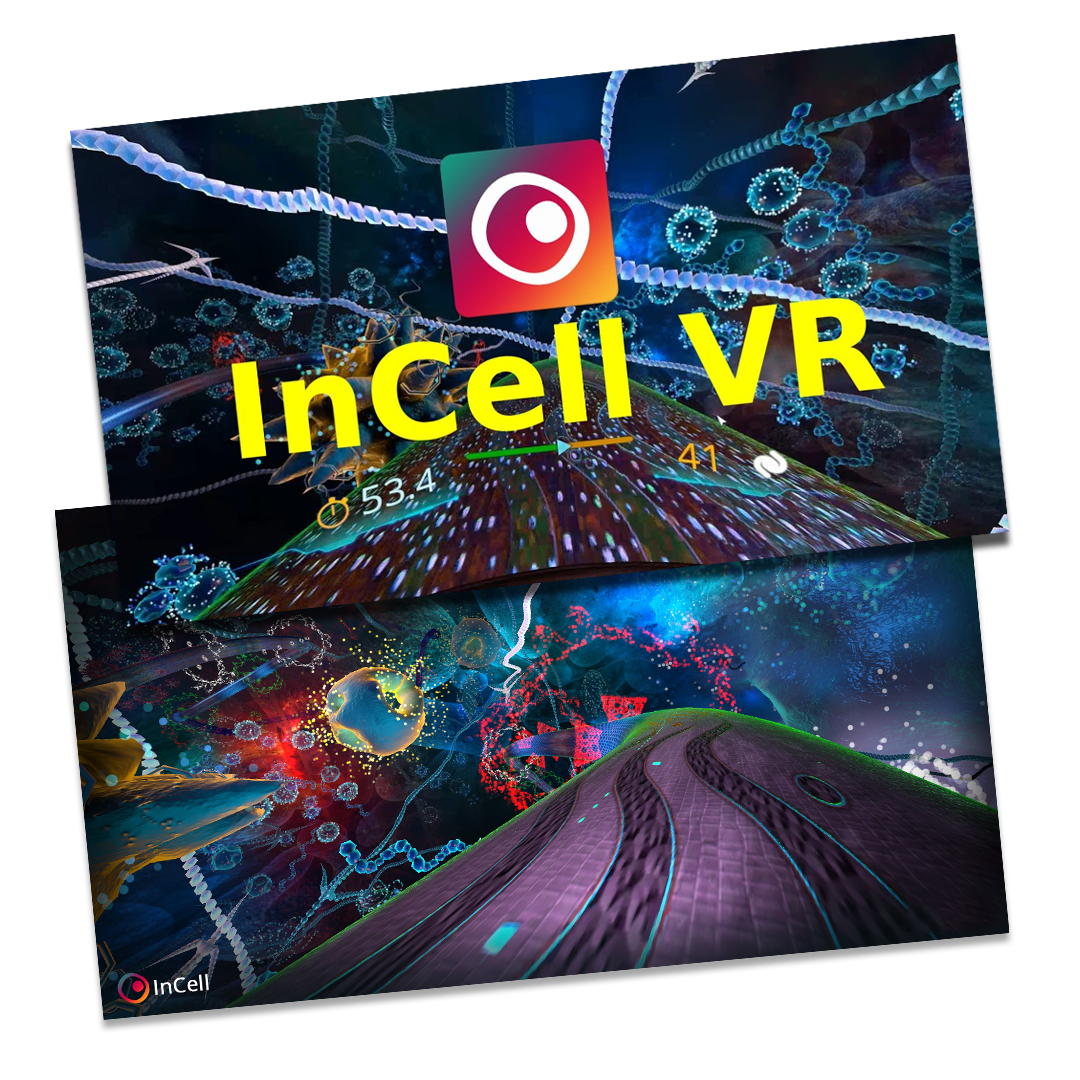 Who does not want to play with animals in the jungle and swim with the sharks? Luckily this app gives you an immersive experience of oceans and jungles. You can visit different locations, landscapes, and cityscapes with this application. It is a fun and entertaining way to visit places without spending money and traveling long distances. 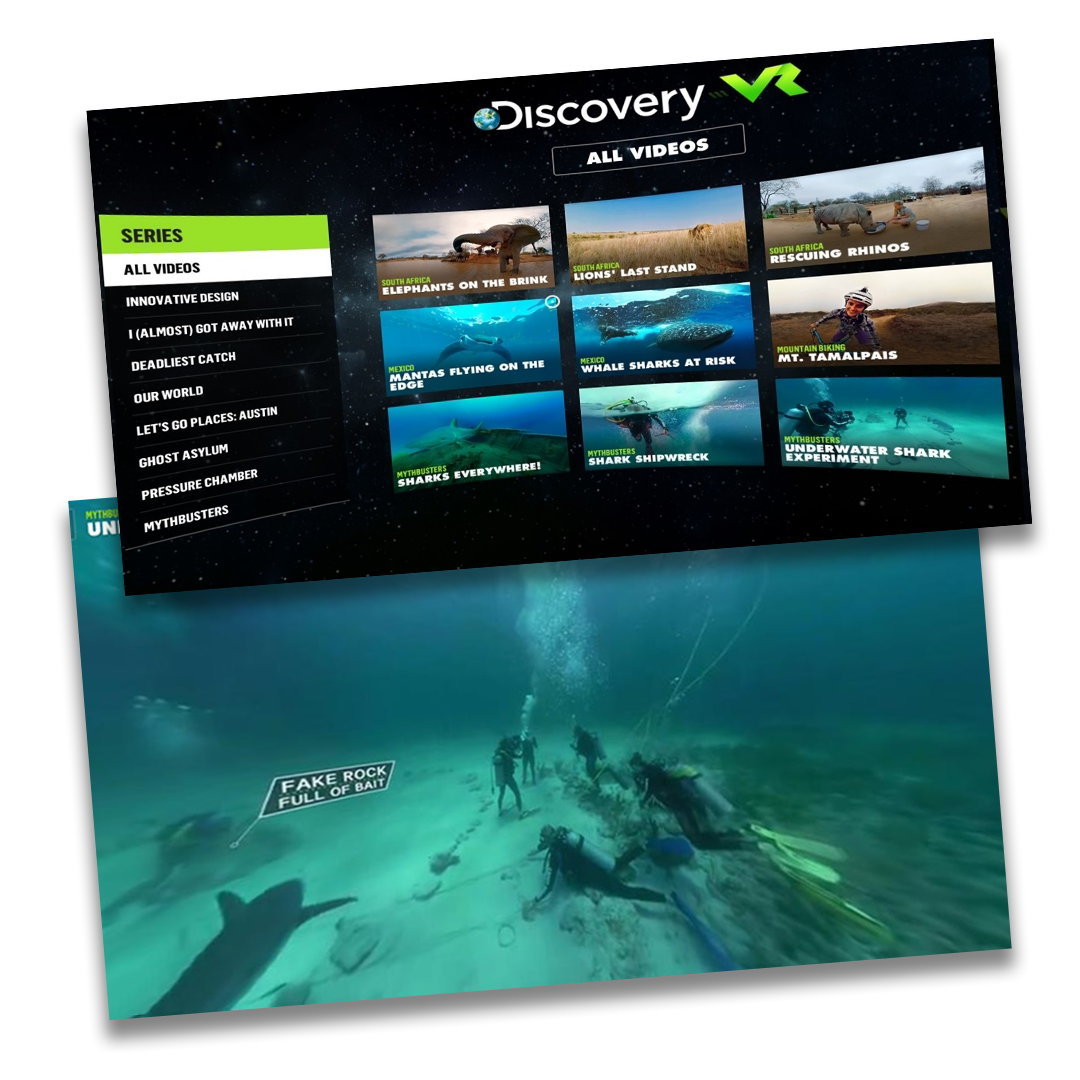 So much is going on so quickly that the contrast between AR and VR appears to be a bit confusing from the start. These advancements are available to nearly everybody, but before you toss down your well-deserved cash for the most recent VR headset or AR glasses, have a look at what you will require for a stunning AR and VR experience.

AR and VR achieve contrasting things in different manners, regardless of the comparative designs of the gadgets themselves. VR is a substitution/replacement of real life that takes you in another world, while AR adds something to the real-life, placing data on top of what you are watching or have watched. Both are ground-breaking advancements and show a great deal of progress. They can totally change how you use PCs later on. However, which one will succeed is impossible to say at the moment.