Having a better graphic is the requirement of today’s generation due to advance and highly improve graphics technology. Keeping this in mind, Asus has made a graphic card with the name of Asus TUF gaming NVidia GeForce RTX 3080 which is one of the top-level creations in their arsenal. This card is capable enough to handle all the complicated tasks with ease whether it belongs to run any design application or to play graphic intense games. 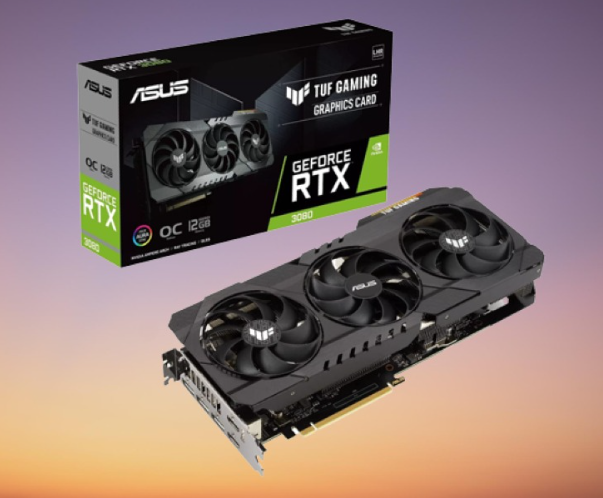 We have summarized some of the main specifications for you as shown below.

In this section we will be discussing the key performance indicators of ASUS TUF Gaming NVIDIA GeForce RTX 3080 to give you a detailed insight for better understanding.

Video Memory (VRAM): This is one of the key factors to measure the performance as it’s a dedicated memory assigned to every graphic card. This memory is used to enhance the graphic processing and rendering speed so the greater the memory is the less time it will take to process the graphics which is 12GB in this case. Also, it supports the latest GDDR6 version which is highly optimized compared to older ones and aids the memory to perform a lot better than before.

GPU Clock Speed: The GPU clock speed of this graphic card is 1260MHz which you can boost further up to 1785MHz. Clock speed is there to improve the graphic quality but if you are not satisfied with the results then you can further enhance it doing this will heat up your card a lot sooner and has a negative impact as well.

GPU Memory Speed: Every graphic card comes with a small memory where all the graphics-related information will be stored that are needed to be rendered. So, more memory speed means that more quickly the information can be rendered which is 1188MHz for ASUS TUF Gaming NVIDIA GeForce RTX 3080.

Pixel and Texture Rate: The pixel rate of this graphic card is 199.9 GPixel/s whereas the texture rate is 499.8 GTexels/sec. These two values decide how many pixels and texture can be rendered in a second.

Some of the key features of ASUS TUF Gaming NVIDIA GeForce RTX 3080 are mentioned below:

DirectX: This graphic card supports the latest version of DirectX which is 12 and the newer version is necessary to run the games in an optimized manner.

OpenGL and OpenCL Version: These are other two important factors that aid in rendering the graphic in a more optimum way and performing an arithmetic operation to improve the calculation and processing speed. So, the OpenGL version is 4.6 whereas the OpenCL version is 3 for this graphic card.

Ray Tracing: This graphic card also supports ray tracing which is used to improve the lighting and shadows while playing the games, especially in dark areas.

Supported Displays: ASUS TUF Gaming NVIDIA GeForce RTX 3080 can support up to 4 different displays that you can either use for multi-tasking or can combine to make it a single big screen to enjoy playing your favorite game.

Currently, there is not a single game that you can’t play on this graphic card on medium to ultra-high settings.

You can get this graphic card for under $800 and if money is not an issue for you then we highly recommend you buy this graphic card. The key performance indicator and its main features have already been discussed in this article and you can easily spend your next few years by having this card.