In Arduino programming to avoid a break-in the flow of the code interrupts are used. These interrupts consist of special instructions for the respective hindrance caused in the working of the code. Similarly interrupts can also be used to monitor any other task at a specific time. This discourse explains briefly interrupts used in Arduino

To understand the concept of interrupts we can take a scenario of a car accident. Suppose the car is moving down the highway and the car electronics are continuously monitored by the microcontroller like measuring the speed of the car and temperature of the cabin and stuff like that. Suddenly the car hits something then the car computer stops everything and executes the opening of air bags. So, here in this example the accident is an interrupt and opening of the airbag is the instruction given if this interrupt occurs. So, after opening the airbags the computer will continue to perform its routine functions.

Hardware Interrupts: When a break-in  is caused in the flow of an Arduino program  by any of the input devices interfaced with Arduno is called the hardware interrupt.

Software Interrupts: When the flow of the Arduino program is disrupted due to  the computer or some software, such types of interrupts are called software interrupts.

For hardware-based interrupts two pins for Arduino Uno board are used, that is pin number 2 and 3 and these pins vary for each board. 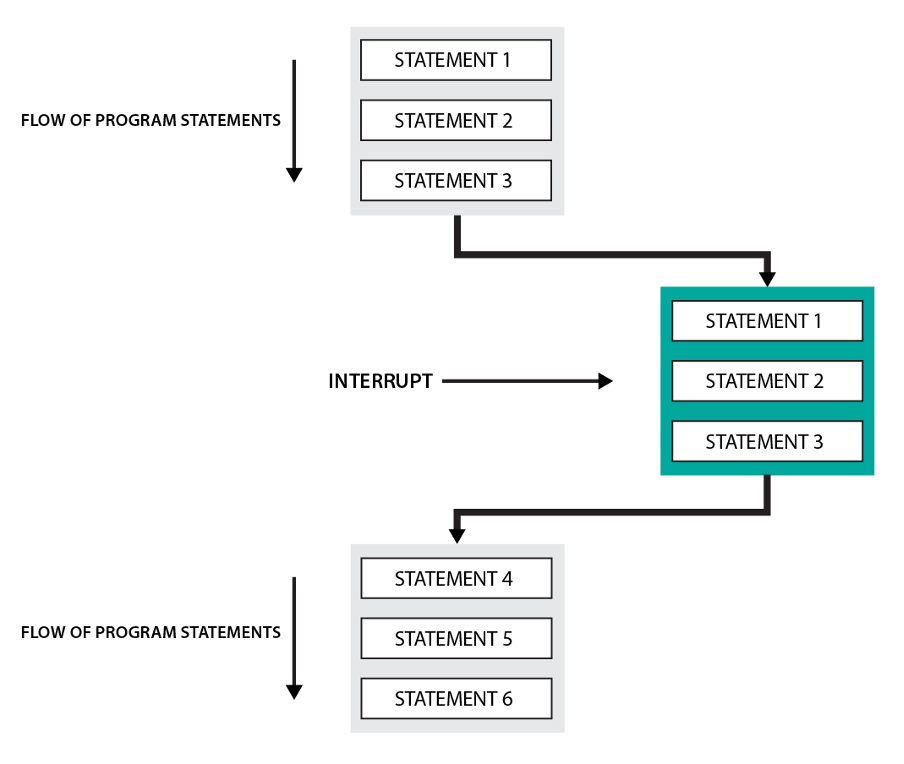 There are five modes that are used for defining the interrupt state that are as follows:

To give a clear picture of the interrupts in Arduino an example of interrupt is illustrated. In this example the change in the state from HIGH to LOW of LED is taken as a trigger for the interrupt and the code of triggering an interrupt is given: 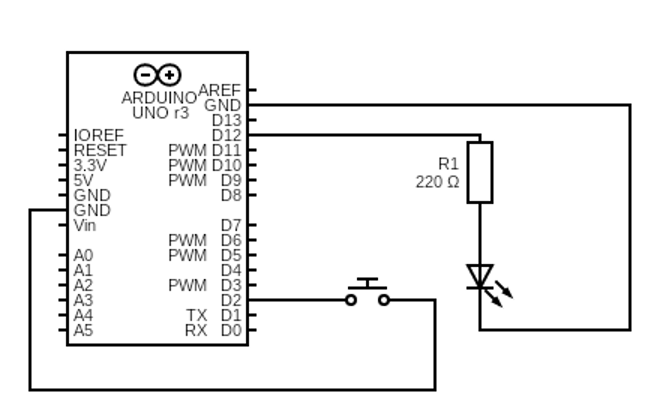