The for loop in Arduino programming can be used in the set-up function, loop function or any other function declared in the code.

The control variable is also called the initialization of the loop as the loop starts from the value given to the control variable. The test condition is the expression which can include any type of operator either logical or mathematical. 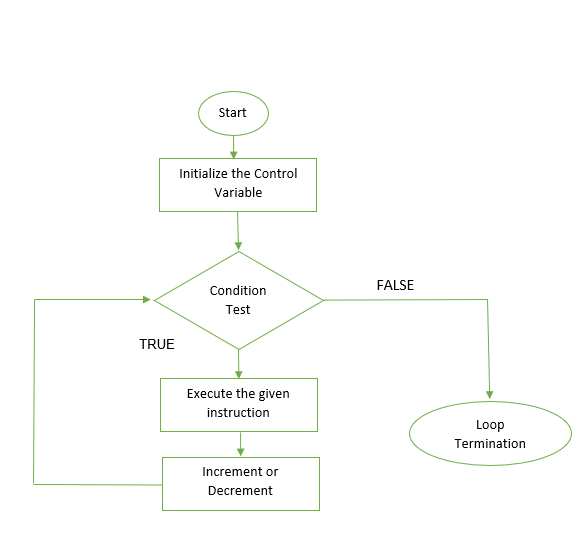 The for loop can be used for multiple purposes for example it can be used to generate a list of numbers having specific intervals either in ascending order or descending order. Similarly, it can be used as mentioned above to repeat a statement. To further explain three example codes of the for loop one having the increment and the other having the decrement and the third one having multiple statements having different mathematical operators is given.

Example 1 of for loop in Arduino programing

In this Arduino code the list of numbers from 0 to 3 are generated using a for loop in ascending order by using the increment operator. 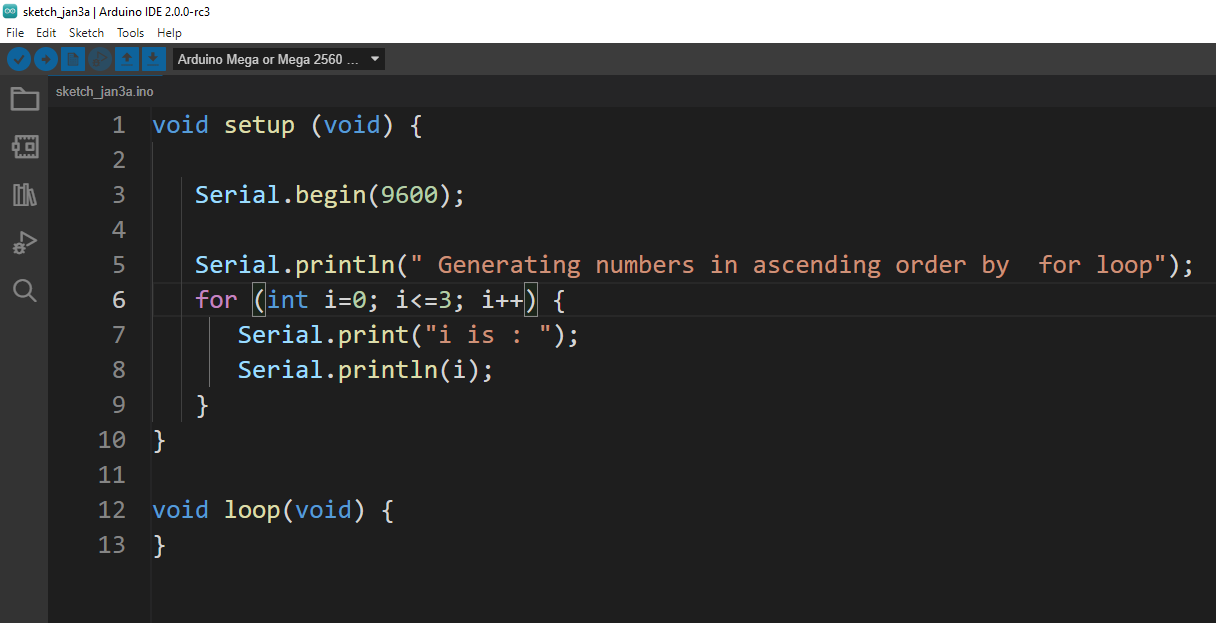 Example 2 of the for loop in Arduino programing

The list of numbers generated from 0 to 3 are generated in descending order using the decrement operator in the for loop.

Example 3 of the for loop in Arduino programing

The example code of for loop when multiple statements are to be repeated is given. There are two mathematical operators that are addition and multiplication are used in the given code. Here In the code there is one variable b having a value of 2 and the other variable used is the iteration number which changes after every iteration of the program.This program runs for only four iterations. 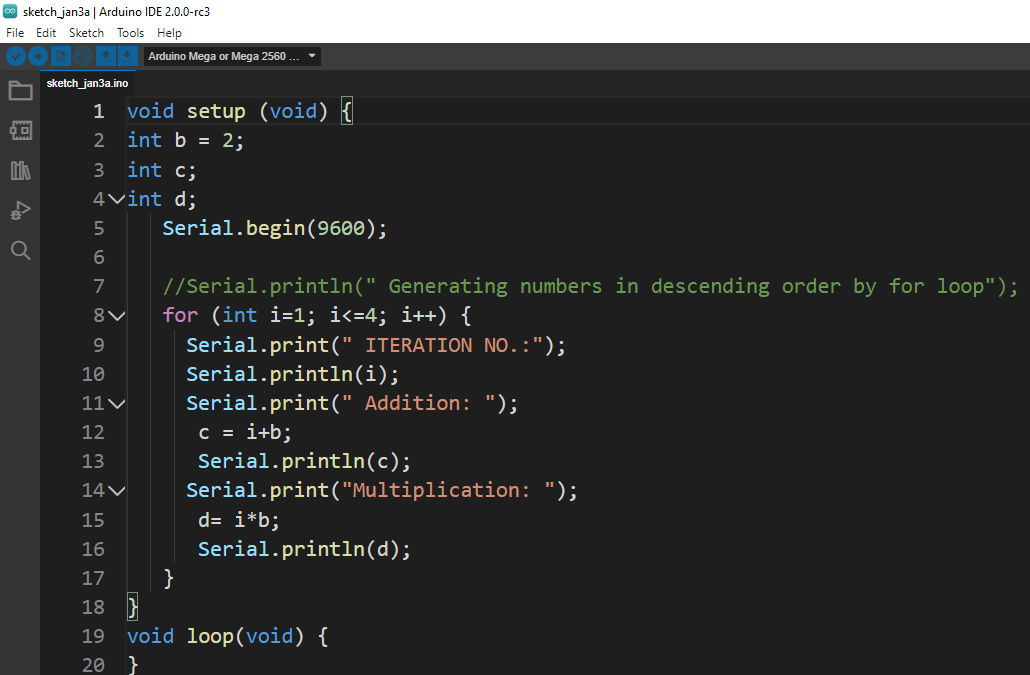