If you are a music freak, there is no way you haven’t heard of Apple Music. Known as one of the best music streaming services platforms developed by Apple Inc. 4 years ago, offers over 50 million songs for streaming over several connected devices. Users have an option to stream their favorite songs on-demand and listen to curated playlists from all across the world.

Previously, the platform was only available for Mac and iPhone Users but slowly, as their audience grew, Apple Music expanded to Windows and Android devices too. We live in a time where almost 80% of all businesses’ audience is found on the internet. Therefore, making services more compatible and accessible is the only way companies can earn more traffic and generate revenue.

Be it music and video streaming, productivity, or even gaming; business giants are beginning to realize that the only way to meet new people is through expanding access to different platforms.

Such is the case with Apple Inc. which has now finally made its music streaming service more accessible. There is plenty of good news for Linux users who can now effortlessly use Linux and iTunes simultaneously under one operating system.0

Until now, Linux users needed to use various hacks such as Wine and DRM (more on this later) for using Apple music on Linux. While these alternates may work perfectly, they are complicated to implement for an average or a beginner user.

Apple Music can be accessed on Linux from the web in beta. We have no updates of an upcoming application or software in the future, but for now, traditional Linux users can enjoy the services just by visiting a website. This is something that most of the other streaming services like Google and Spotify already offer.

Apple followed late but delivered. In its starting years, most of Apple’s applications were restricted to iPhone and Mac Users, which also cost the company and restricted its users. However, with this move, Apple has made people less platform-dependent and more accessible to their services.

To use Apple Music on Linux, Use this link. 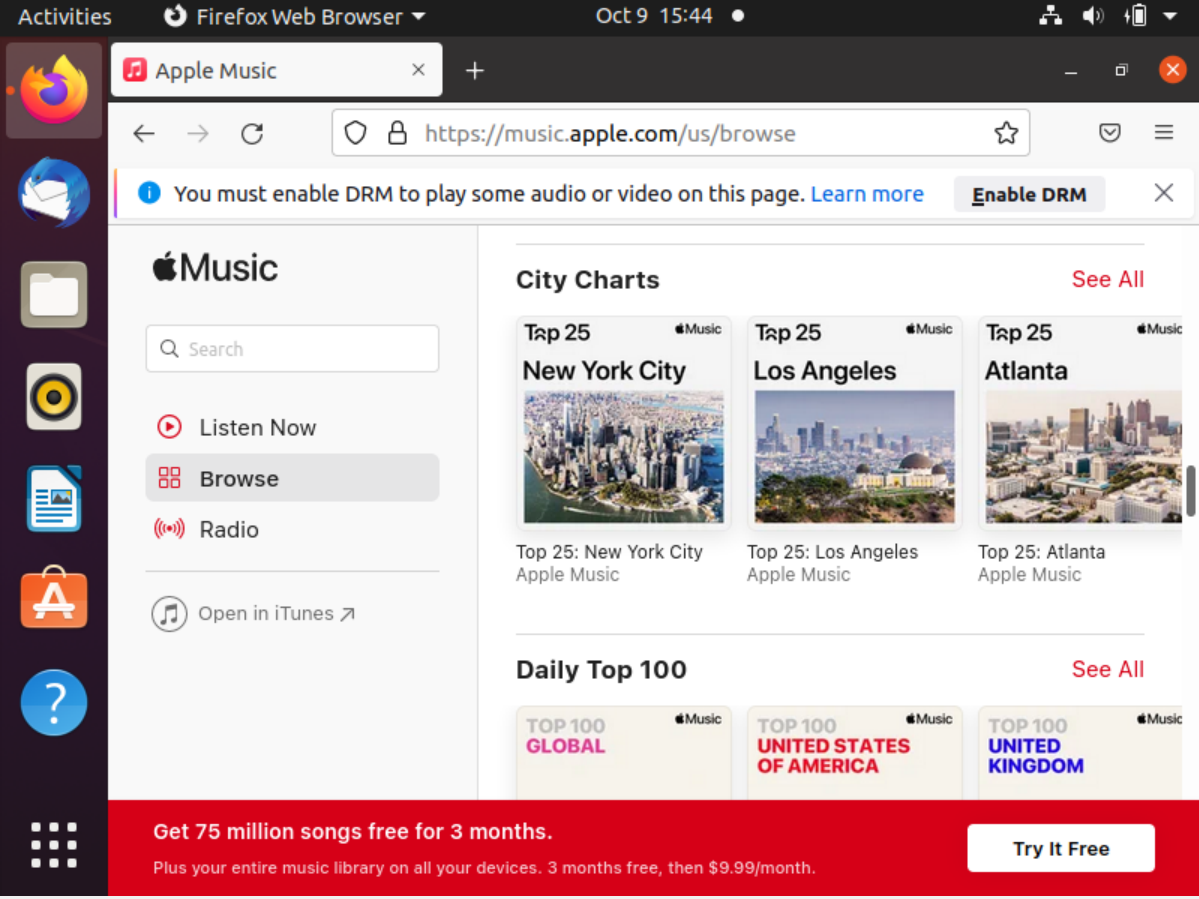 This web version contains a wide variety of songs and also lists trending songs of all genres. It has several other add-ons like artist interviews, radio episodes, to name a few.

How to play Apple Music on Linux using the indirect method.

The web version is easy to access, and the best thing that Linux beginners have is to get their hands on Apple Music. However, if you are a techie and are looking to try the hacks for playing Apple Music on Linux, we have elaborated a few methods that are sure to work for you

DRM or Digital Rights Management is an approach that protects forms of digital media against copyright and unauthorized access. Like all other digital media on iTunes, Apple Music is also protected by DRM, which lets users play music only through a verified Apple ID.

Therefore, to gain access to Apple Music, Linux users will have to get rid of DRM without installing iTunes in particular. To do this, download a DRM protection removal tool for Apple Music called TunesKit Apple Music Converter (https://www.tuneskit.com/). Besides this, you will need a PC running on Windows or Mac, the latest version of iTunes, and a USB drive. Now, do the steps below:

Click the icon ‘+’ at the top to load offline songs from Apple Music or just drag them to the conversion window. 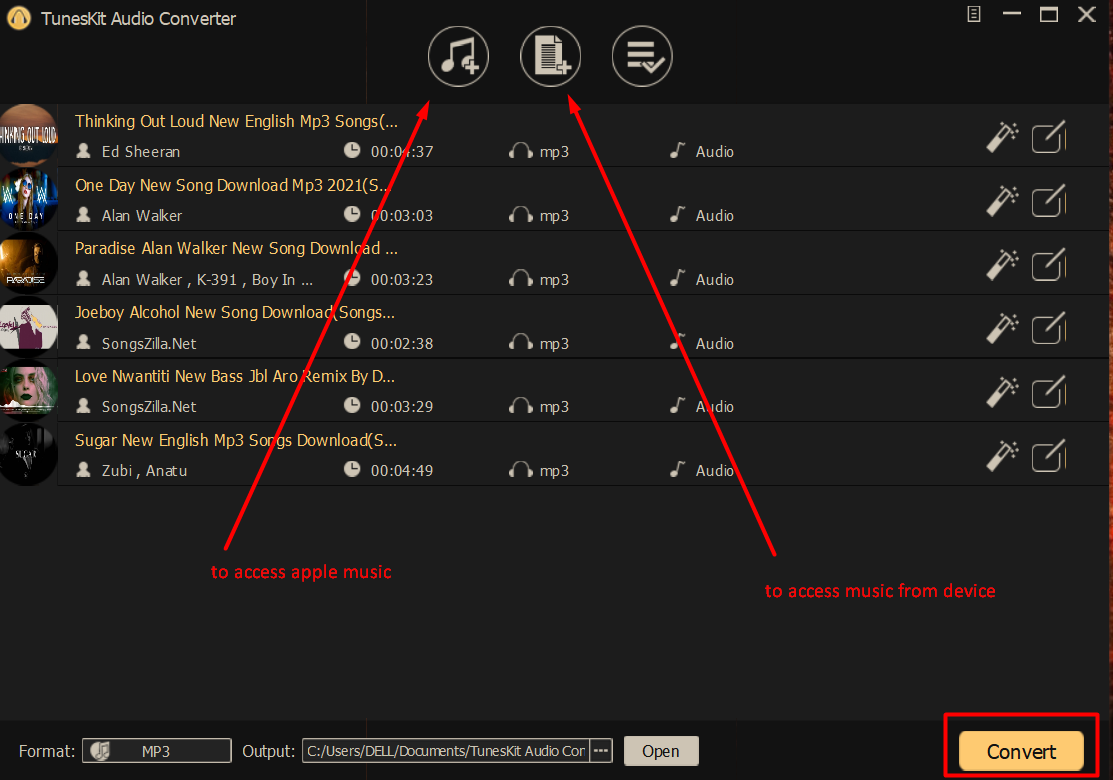 From the Format tab below, select the file format you want to convert to.

Adjust file parameters if you want.

And now, click on Convert to change the DRM tracks to the non-DRM format. 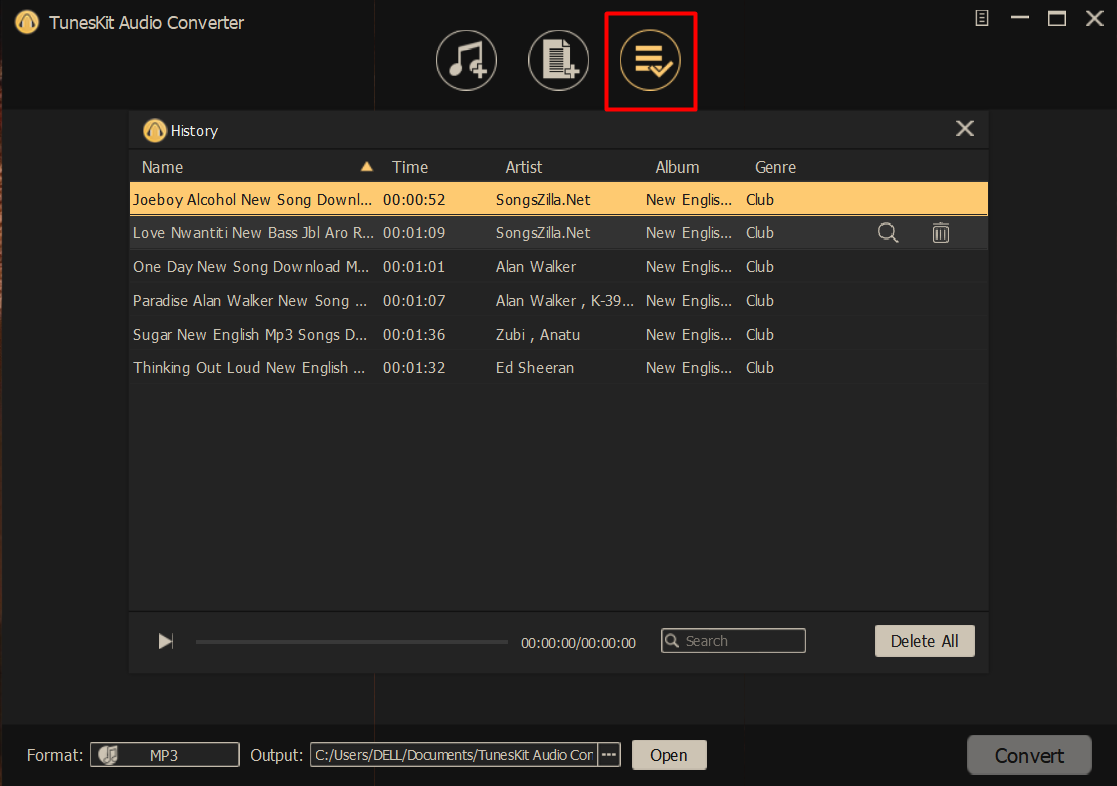 Now copy these songs from your windows to a USB drive. You can find these songs in the Tuneskit Audio Converter > converted Folder. 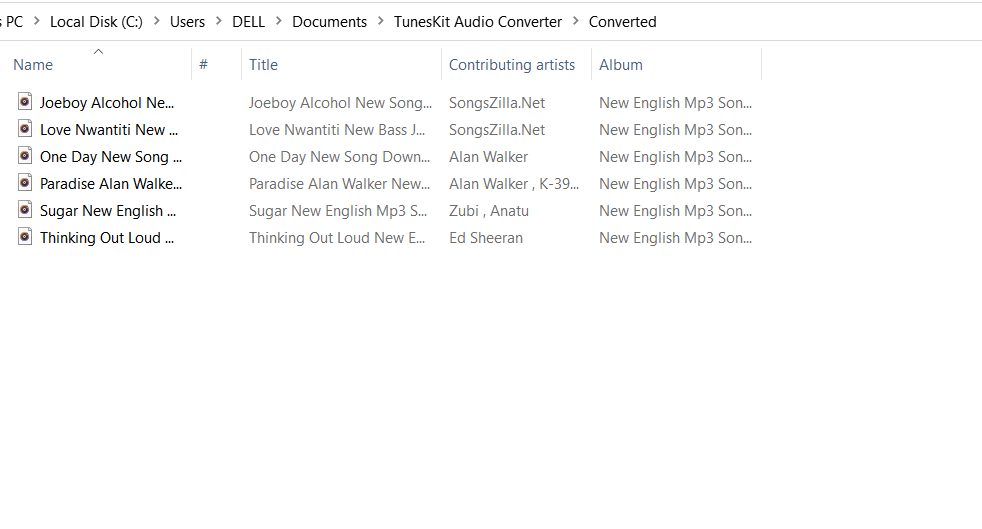 Copy these songs to your USB Drive and move them to the Linux system from there. 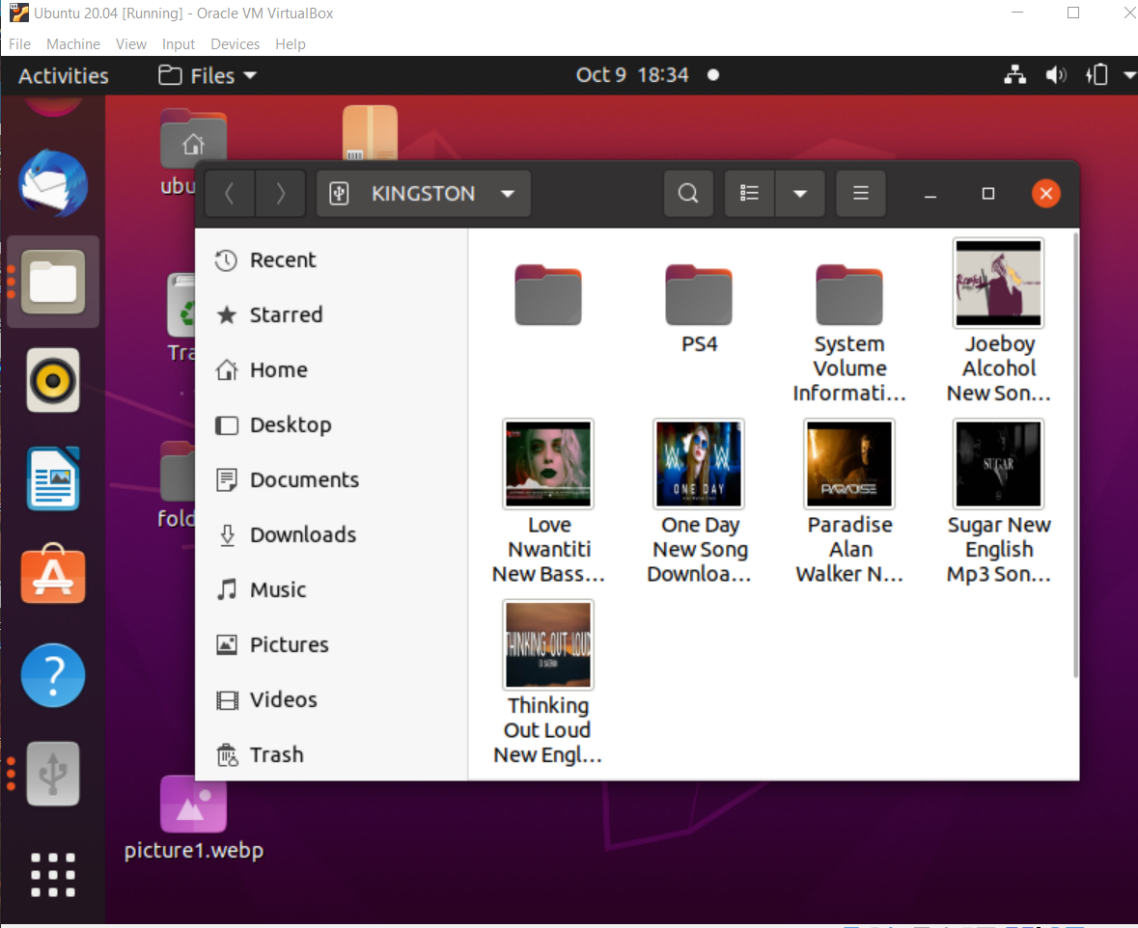 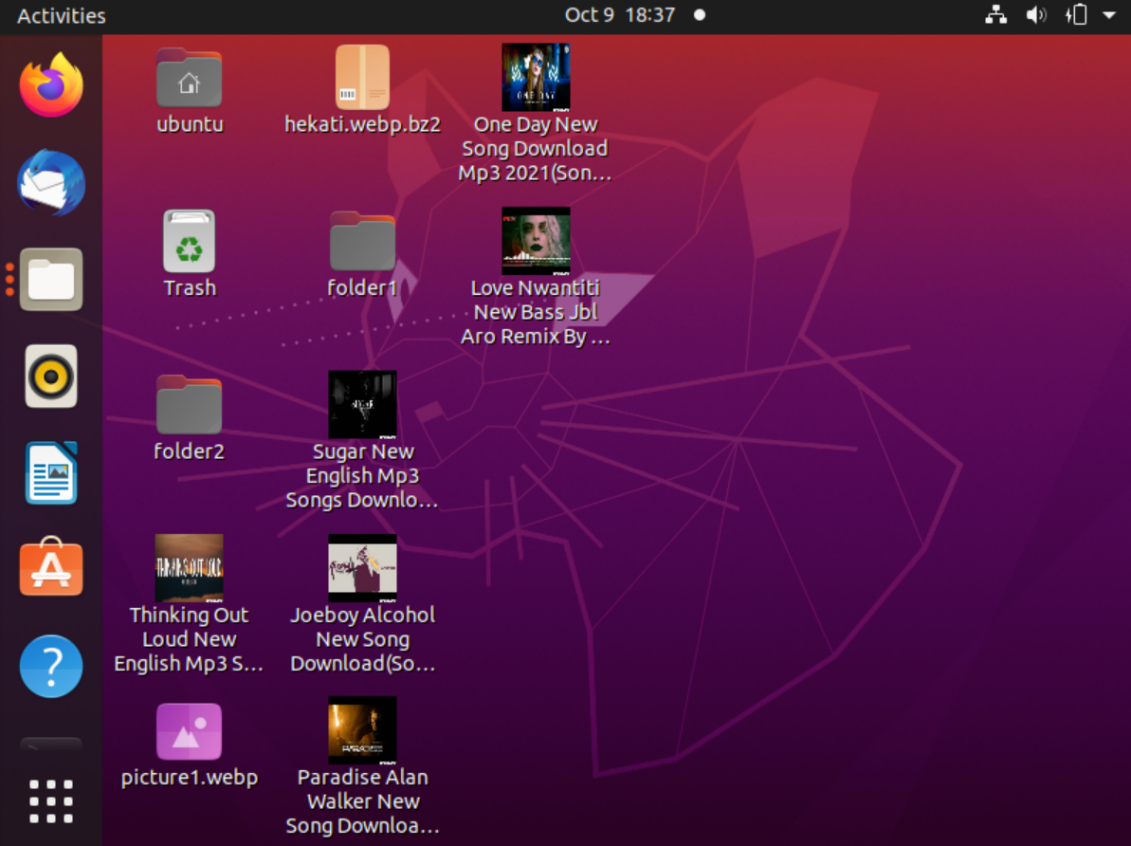 Having done that, we can enjoy songs on Our Linux system in our comfort.

Wine is a compatibility layer that lets you run Windows applications in numerous POSIX-complaint operating systems such as Linux, BSD, and Mac OS. With Wine more in use nowadays, developers have found an easy way to switch to other OS’s, especially Linux, which already had very restricted access to applications and working platforms. Wine helps raise Linux’s compatibility, market share while attracting more developers to use Linux for commercial and community software development.

Wine works in a very simple way. It translates Windows API calls into POSIX instead of simulating the entire platform as a virtual machine or an emulator does. This way, memory and performance constraints are also minimized, allowing easy integration of Windows apps on Linux. 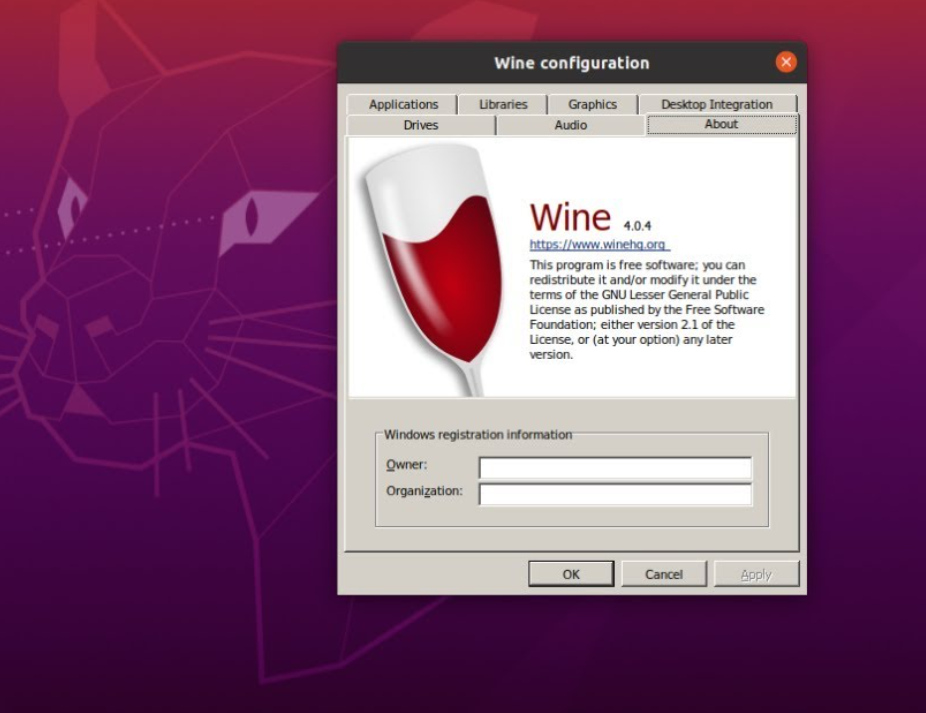 To use iTunes on Linux via Wine, you will have to install it on your Ubuntu. We recommend using the Ubuntu version 18.04 or higher You also need several packages and updates necessary to update wine that is given in detail over here. Follow the steps below.

Open a command terminal and type the following command.

Now, in your browser, open the following site to download iTunes 64-bit installation file. Remember the path where you will save the downloaded file.

In your command terminal, type:

The installation will now begin.

Once the downloading process is finished, iTunes will launch itself.

This method is probably the easiest of all to access the iTunes application on your Linux computer. Until Apple decides to launch an application for the operation system, you can either enjoy using Wine or simply use Apple Music’s website.

Whether it be coding, surfing, or any other activity, music can always help keep the environment around us livelier. This can help us stay productive as we multitask through our hectic cycles. We covered how you can use Apple Music on Linux via the Direct and Indirect methods. All methods proposed here work, and it is your call to choose the one that best fits your needs. We hope our article brought clarity to your pondering and you stand with your queries resolved.