In this lesson, we will see how we can use Apache Kafka and what is its use. We will thoroughly look at various terminologies involved with it and start working with them as well.

For a high-level definition, let us present a short definition for Apache Kafka:

Those were some high-level words about Apache Kafka. Let us understand the concepts in detail here. 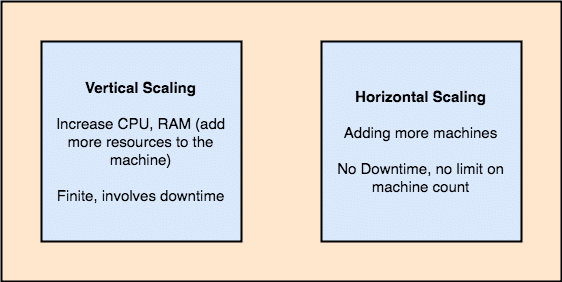 Kafka is scalable as it is the consumers who actually stores that what message was fetched by them last as an ‘offset’ value. Let’s look at a figure to understand this better: 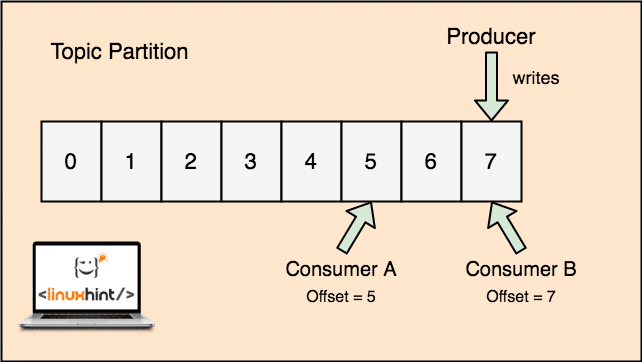 Getting Started with Apache Kafka

To start using Apache Kafka, it must be installed on the machine. To do this, read Install Apache Kafka on Ubuntu.

Make sure you have an active Kafka installation if you want to try examples we present later in the lesson.

How does it work?

With Kafka, the Producer applications publish messages which arrives at a Kafka Node and not directly to a Consumer. From this Kafka Node, messages are consumed by the Consumer applications. 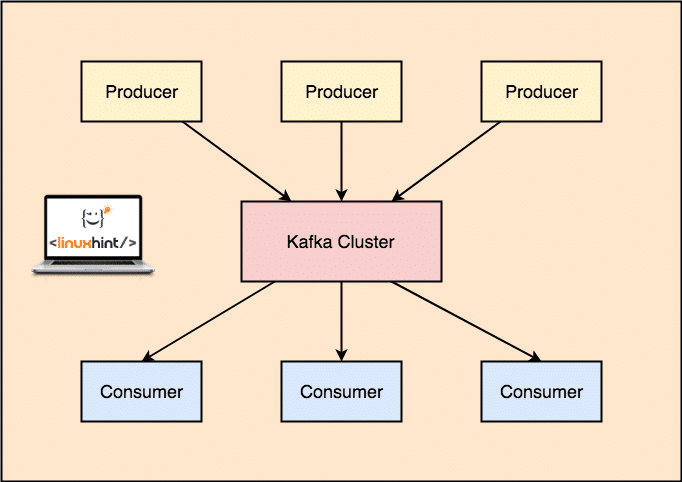 As a single topic can get a lot of data at one go, to keep Kafka horizontally scalable, each topic is divided into partitions and each partition can live on any node machine of a cluster. Let us try to present it:

Again, Kafka Broker doesn’t keep record of which consumer has consumed how many packets of data. It is the consumers responsibility to keep track of data it has consumed.

Kafka persists the message records it gets from Producers on disk and doesn’t keep them in the memory. A question which might arise is how this makes things feasible and fast? There were several reasons behind this which makes it an optimal way of managing the message records:

As we studied above that a topic is divided into partitions, each message record is replicated on multiple nodes of the cluster to maintain the order and data of each record in case one of the node dies.

Even though a partition is replicated on multiple nodes, there still is a partition leader node through which applications read and write data on the topic and the leader replicates data on other nodes, which are termed as followers of that partition.

It allows the Kafka brokers to subscribe to itself and know whenever any change regarding a partition leader and node distribution has happened.

A Stream Processor is a main component in a Kafka cluster which takes a continual stream of message record data from input topics, process this data and creates a stream of data to output topics which can be anything, from trash to a Database.

It is completely possible to perform simple processing directly using the producer/consumer APIs, though for complex processing like combining streams, Kafka provides an integrated Streams API library but please note that this API is meant to be used within our own codebase and it doesn’t run on a broker. It works similar to the consumer API and helps us scale out the stream processing work over multiple applications.

When to use Apache Kafka?

As we studied in above sections, Apache Kafka can be used to deal with a large number of message records which can belong to a virtually infinite number of topics in our systems.

Apache Kafka is an ideal candidate when it comes to using a service which can allow us to follow event-driven architecture in our applications. This is due to its capabilities of data persistence, fault-tolerant and highly distributed architecture where critical applications can rely on its performance.

The scalable and distributed architecture of Kafka makes integration with microservices very easy and enables an application to decouple itself with a lot of business logic.

We can create a test Topic testing on Apache Kafka server with the following command:

A testing topic will be created which we can confirm with the mentioned command:

Writing Messages on a Topic

As we studied earlier, one of the APIs present in Apache Kafka is the Producer API. We will use this API to create a new message and publish to the topic we just created:

Let’s see the output for this command:

Once we press key, we will see a new arrow (>) sign which means we can inout data now:

Just type in something and press to start a new line. I typed in 3 lines of texts:

Now that we have published a message on the Kafka Topic we created, this message will be there for some configurable time. We can read it now using the Consumer API:

We will be able to see the messages or lines we have written using the Producer API as shown below:

If we write another new message using the Producer API, it will also be displayed instantly on the Consumer side:

Publish and Consumption at the same time

In this lesson, we looked at how we start using Apache Kafka which is an excellent Message Broker and can act as a special data persistence unit as well.