AMD Radeon is one of the pioneers in making graphic cards with different requirements as they are targeting different sets of users. So if you are one of those who is looking for a graphic card that you can get for under $100 then you should consider AMD R7 250 graphic card.

We have also covered AMD Radeon HD 7750 which gives around the same performance compared to this card so you can check it out if you are interested. 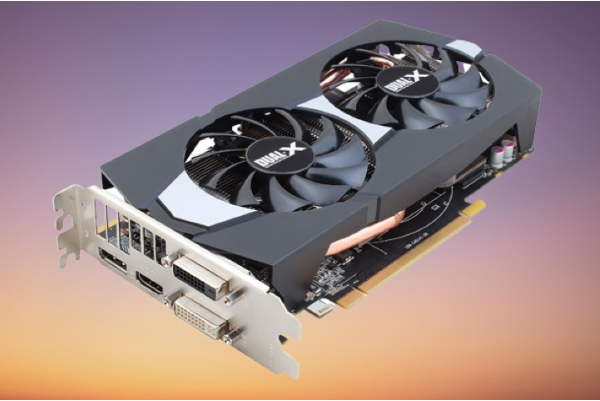 To help you understand better, we have included a summary of the basic specifications of the AMD R7 250 graphic card.

Performance is the key indicator for any graphic card so in this section we will be discussing the major performance-related aspects of this graphic card.

GPU Clock Speed: One of the major performance indicators is the GPU clock speed which measures how fast a GPU can process the Graphics which is 1000 MHz for this graphic card. You can further enhance the GPU clock speed up to 1050 MHz which will further enhance the processing speed, but it has some drawbacks as well. Such as it will consume more power and it will heat up easily compared to before, so it is not always recommended but it’s there to improve the performance.

Bandwidth: You can consider bandwidth as a pathway from where all the information needs to travel. This means that the greater the value of bandwidth greater will be the information that can travel in an instant which is 73.6GB/sec.

Memory Bus: The memory bus is the one that is responsible to send the related information from one end to the other inside the bandwidth path which is 128bit.

Video Memory: This is a dedicated that’s been assigned to the graphic card which is 2GB and has the role to process and rendering the information in a more efficient way.

Ports: This graphic comes with very limited as it has only 1 VGA, and 1 port for HDMI connection.

Power Consumption: When the graphic card is on load then it consumes an average of 65 watts of power for its operation.

DirectX: DirectX is an application that is needed to run the games smoothly and keeps on updating after a certain time. The version that this graphic support is 11.1 which is an older one and can support only limited games from the previous year as now most of the current games need DirectX version 12.

OpenGL and OpenCL Version: OpenGL is also needed to support and aid the graphics quality of the game which is 4.3. Whereas OpenCL is used to add more functionality to the graphic processing unit to reduce the processing time which comes with version 1.2.

Games You Can Play on AMD R7 250 Graphic Card

Some of the most famous games that you can play on this card are mentioned below.

We can only recommend you buy this card in two different scenarios: the first one if you are not a gaming freak and the second one if you are low on budget as you can get it now under $80. Other than that we can’t recommend this graphic card as it is outdated and doesn’t support the latest technology needed in today’s world.

This card will provide you a decent performance in terms of gaming and running applications as well but it can’t support the latest ones if you are buying that you need to keep in mind while considering it.