Aggregate is a MongoDB method that processes the data through several operators and methods. In MongoDb, the aggregation is assisted by several methods and operators that can perform different tasks. Among those operators, the $sort operator helps to sort the documents and return the documents in an organized order. And for group sorting in MongoDB, the $group operator is used with the $sort operator. With the help of the $group and $sort operator, MongoDB can also sort the grouped data in ascending or descending order.

In this post, we have provided an informative insight into the aggregate group sort functionality of MongoDB.

How group sorting works in MongoDB

The aggregate method in MongoDB is primarily used to match and group the data by following the syntax of the aggregate function. Furthermore, the grouped data can be sorted then with the help of the “$sort” operator in MongoDB. The sorting can be in any order; “ascending“, “descending” or “textScore“. The following syntax is followed to the group as well as sort the documents:

The above syntax has two stages:

– In the first stage, $group operator groups the data according to <unique-field>

How to perform a MongoDB aggregate group sort

– collection-name: The collection name used in this tutorial is referred to as “employees“.

The documents contained by “employees” collection are displayed by using the below-mentioned command: 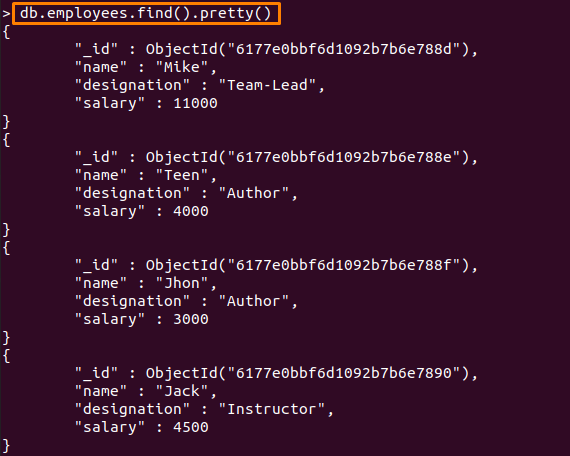 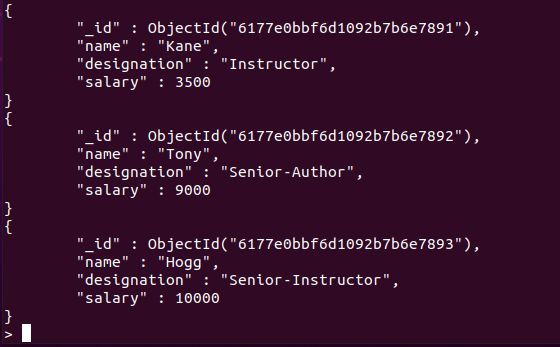 Example: Use of $group in MongoDB

The aggregate method can provide results with multiple properties.

Example: Use of $sort in MongoDB

Example : Use $group and $sort with aggregate()

This example illustrates the usage of $group and $sort on the sample data shown above. We have executed the below mentioned MongoDB command that will perform the following action:

Note: you can pass “1” value to $sort operator for ascending order)

Example: group and sort by count

MongoDB is a well-known open-source non-relational database and is used widely because of its supported methods and operators. These functions can be used to perform any kind of data processing operation inside a MongoDB database. In this guide, we have learned to group and sort the documents in a collection of MongoDB-based databases. The grouping and sorting phenomena are backed up by the aggregate method of MongoDB. By following this guide, a MongoDB enthusiast can get good hands-on grouping the documents and perform multiple operations on those groups as well.