Tmux is an open-source terminal multiplexer application for efficiently managing multiple terminal windows. People who have previously used the Terminator application are mostly familiar with the notion of tab management in Linux Terminal. With Tmux, we can split the terminal into a number of panes. We can adjust these panes by moving around, resizing and switching between them. This helps in curbing the pain of managing multiple windows and tabs of the Gnome terminal.

Note: In this ‘HowTo’ we have used the ‘Ctrl+b’ as the prefix; if you configured some other prefix, then replace the command with yours’ prefix.

This guide will explore how we can install Tmux and, more specifically “How to adjust Tmux pane size” . Let us first start with installing Tmux.

1. Tmux should be installed on your system (Ubuntu in our case).

Major operating systems like Linux, MacOS and Windows Subsystem for Linux (WSL) provide Tmux software packages from their official repository. So to install Tmux on Ubuntu 20.04, we can simply use the package manager or Software center as described below:

To overcome this error, type “export TERM=xterm” on the terminal and hit enter. Now again, run the ‘tmux’ command, and this time the error should not appear. 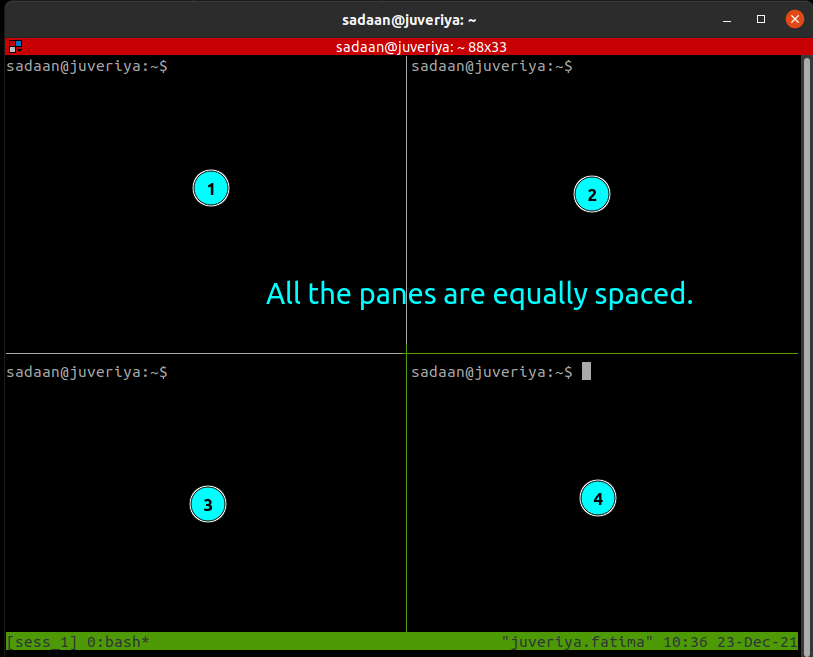 But we often need more space for a pane (for e.g. while editing a text file) and less space for another one (e.g. while starting and stopping a service). In such a scenario, we need to adjust the pane size by shrinking a pane and expanding the other.

Thanks to the developers of Tmux who have put this facility in Tmux in very simplistic ways:

1. The easiest and most convenient way is to use the mouse mode. I usually prefer this method because it gives more granular control over the pane size. Open the ‘tmux.conf’ file and put the below line to activate the mouse mode: 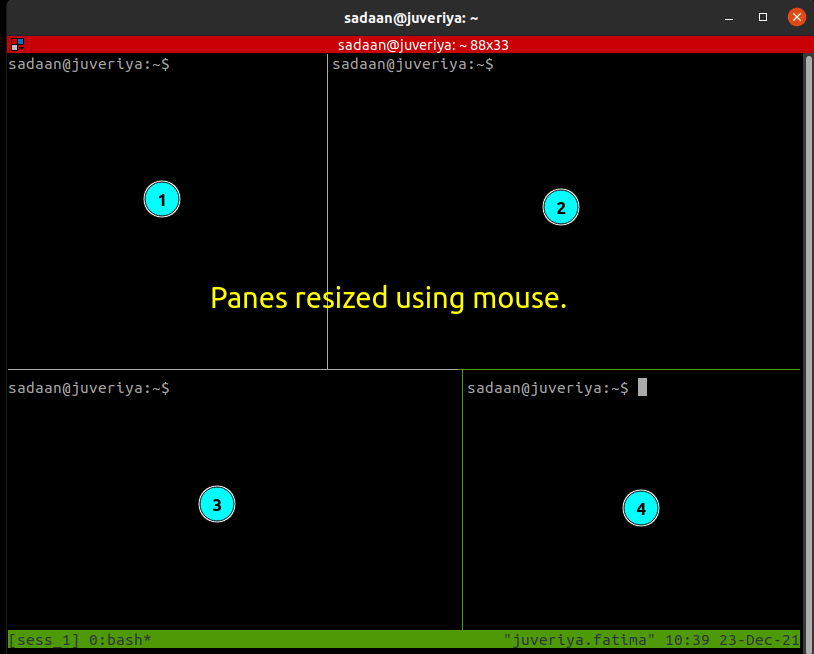 2. Another way is to press the ‘Prefix’ and while holding the ‘Ctrl’ key and then press the arrow keys. 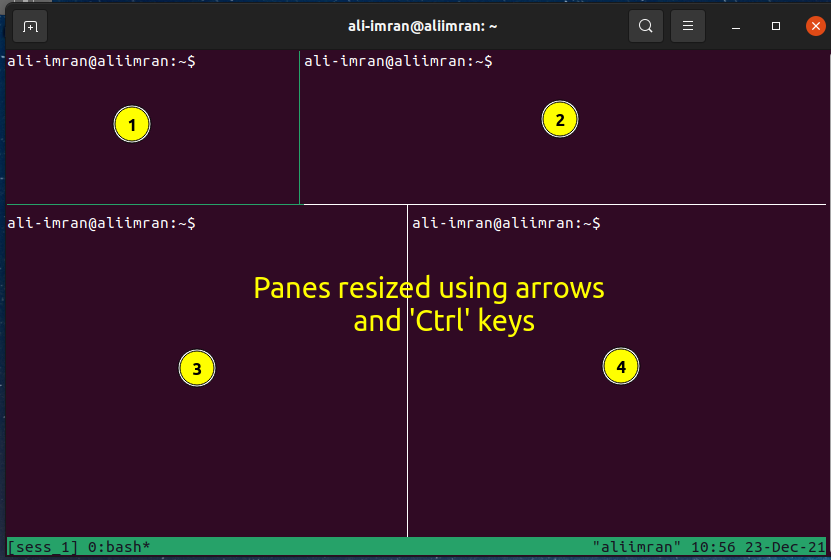 3. If you are command-line savvy, you can use the Tmux command prompt:

a) For Resizing the current pane downwards:

b) For Resizing the current pane upwards:

c) For Resizing the current pane towards the left:

d) For Resizing the current pane towards the right: 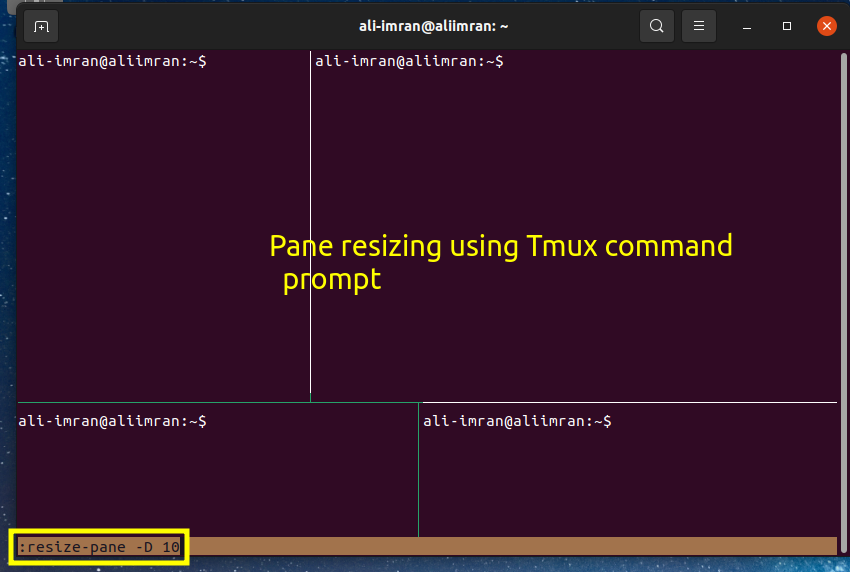 Now let us set keybindings for making the resizing task a bit more simple. We will set the PREFIX +’h’ , PREFIX +’j’, PREFIX +’k’ , and PREFIX +’l’ for left, down, up and right movements, respectively. Also, we will set the default increment factor to ‘5’. Open your ‘tmux.conf’ file and put the following lines in it:

One may think pressing PREFIX every time is very sluggish, but there is also a workaround for that. Use the ‘-r’ flag to bind the resizing key for continuously adjusting the pane size. In this way, we will have to press the PREFIX only once, and then the resizing key will resize the pane repeatedly within the repeat limit. Just modify the above keybindings in the ‘tmux.conf’ as:

In this guide, we have learned about the installation of Tmux and, more specifically, “How to adjust Tmux pane size”. A more detailed explanation of various Tmux operations can be found on the Tmux Man pages or on the Github page of Tmux.