Adding User to Sudoers on Ubuntu 22.04

If you wish to add a new user to sudoers on Ubuntu 22.04 then follow the guide provided below.

Now that before we begin there are two methods with which you can add users to sudoers on Ubuntu 22.04. We will discuss each separately.

This method requires you to follow certain steps which have been discussed below.

First validate that the system and the existing packages are updated. To update use the following commands.

Once the system is updated, add a new user to sudoers by running the command given below on the terminal.

Here the new username that we will be adding is “newuser” as indicated in the output. 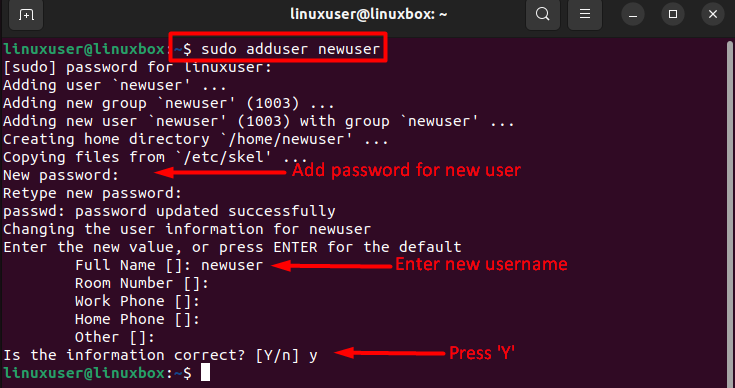 Now in order to evaluate whether the new user was added successfully or not, run this command. 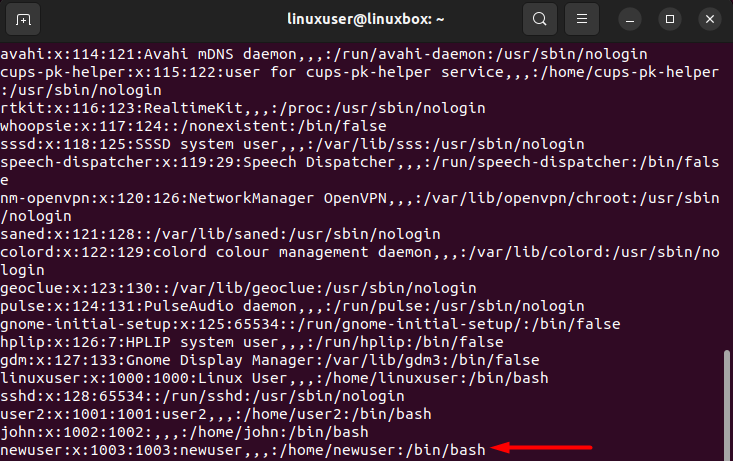 The new user was added successfully!

Once done, update your system once again by using the command provided below.

This time we will be adding a user named “john”. Here -a updates the changes to the present configuration, whereas, -G represents the name of the user community that the user should be added to.

Now to check if the user was successfully added or not we will use this command.

A new user was added with great ease.