You have the best gaming CPU and GPU, but are you using that old monitor with a 60Hz refresh rate? Nah it doesn’t work like this because 60Hz is too low for competitive gaming and it can give your enemies an upper hand in-game but which monitor should you buy as an upgrade to your old monitor? Well, don’t worry as we will review a 4K gaming monitor with a 144Hz refresh rate and that monitor is known as Acer Nitro XV282k.

Back in the day, there was a company named MultiTech that used to manufacture semi-conductors and other electronic parts but after some time the company grew and started manufacturing its PC and that company is now called Acer which is now known for its gaming hardware with some serious features packed in them.

Acer Nitro XV282k is a 28” UHD 4K (3840×2160) widescreen gaming monitor which is perhaps the best monitor when it comes to console gaming but how? If you are curious then read this article from start to the end and you will know why we called it the best gaming monitor for console gamers. 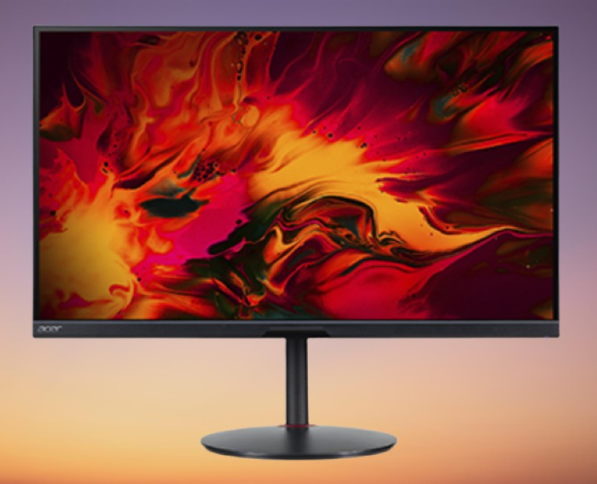 We will now discuss the specifications of Acer Nitro XV282k.

The amazing Acer Nitro XV282k comes with the following set of features:

Display
It features a UHD 4K (3840 x 2160) IPS Display with accurate, bright colors with a low Delta E<1. Delta E is used to make sure that the color displayed on the monitor matches what the human eyes collect. In simple words higher the value of Delta E, the lower the accuracy of colors and vice versa.

It also has Eyesafe Display technology which is engineered with the help of doctors and it is responsible to protect your eyes from blue lights without losing the color accuracy up to an acceptable level.

Refresh Rate
Acer Nitro XV282k has a refresh rate of 144Hz that provides you with smooth visuals with a shutter-free and lag-free gaming experience. This feature gives you an absolute edge over your enemies in competitive gaming.

Response Time
The response time is referred to as the time your monitor takes to shift from one color to another. Acer Nitro XV282k has a 1ms (grey-to-grey) response time that makes sure you don’t see any of those annoying ghosting effects.

AMD FreeSync Premium
AMD FreeSync Premium is a technology from graphics card manufacturing company called AMD that enables the user to get rid of screen tearing which can affect your gaming performance. it works by synchronizing your monitor’s refresh rate to the FPS your computer is producing.

Console Gaming
Acer Nitro XV282k is a great choice for console gaming as you can play games using PS5 and XBOX at [email protected] via HDMI 2.1 (included) which means that you can fully enjoy an immersive gaming experience on your consoles all day long without tiring your eyes.

Acer Display Widget: It is a program that lets you alter the display settings

Light Sensor: It is there to automatically change the brightness level according to surroundings.

You Should Buy Acer Nitro XV282k If You Want

You Should Not Buy Acer Nitro XV282k If You Want

Acer Nitro XV282k is a solid yet modest designed 4K gaming monitor. It performed well on both PC and consoles and it showed vivid and lively colors with good accuracy throughout the checking process. Although it needed good speakers and at least one USB-C port for better connectivity. The contrast ratio isn’t good enough even with VESA HDR 400 certification (which is an entry-level HDR) but it looks good enough in daily tasks.

Looking at the features and specifications we conclude that Acer Nitro XV282k is perhaps the best gaming monitor for gamers, especially console gamers.