There are a number of screen recording apps available for Linux, each with their own feature sets. They work fine in most of the use cases, however I found that many of these apps struggle to record videos at 60 frames per second (FPS) at full HD resolution.It is understandable that recording videos at 60 FPS can be taxing on hardware and performance will depend on your PC’s strength, specially when you are recording graphically demanding PC games. However, in my testing I observed that some of these screen recording apps don’t provide an option to set FPS at all while others limit it to a predetermined value. Further, some apps were able to consistently record around 58-60 FPS videos with ease while others struggled to achieve even 50 FPS on the same set of hardware. During this test, I disabled on the fly encoding wherever it was possible.

So here is a list of apps that provide an option to set FPS and were able to record 60 FPS videos on my system having a dedicated AMD GPU and Ryzen processor.

Kazam is a clutter free and minimalistic app that allows you to record screen activity and capture screenshots. One of the unique features of Kazam is that it can record output from multiple audio channels, together with the ongoing screen recording. Kazam is available in the official Ubuntu repositories and it can be installed in Ubuntu by running the following command: 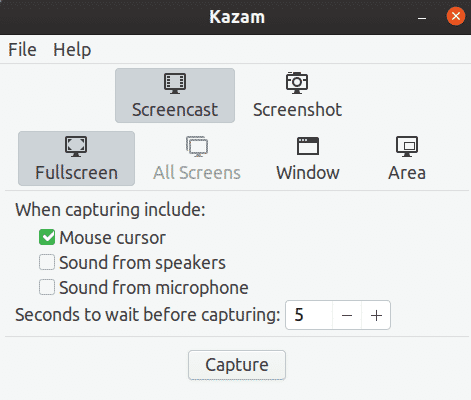 To enable 60 FPS recording in Kazam, go to its preferences and then set framerate to 60, as shown in the screenshot below. 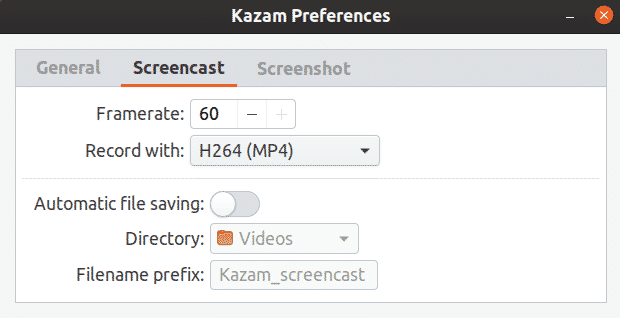 Following hotkeys can be used to control Kazam:

VokoScreen can be used to record video and audio via ALSA or PulseAudio. It can also capture webcam stream simultaneously with an ongoing desktop recording and output from digital cameras as well, which is then encoded using FFmpeg in various user selected formats.  VokoScreen is available in the official Ubuntu repositories and it can be installed in Ubuntu by running the following command: 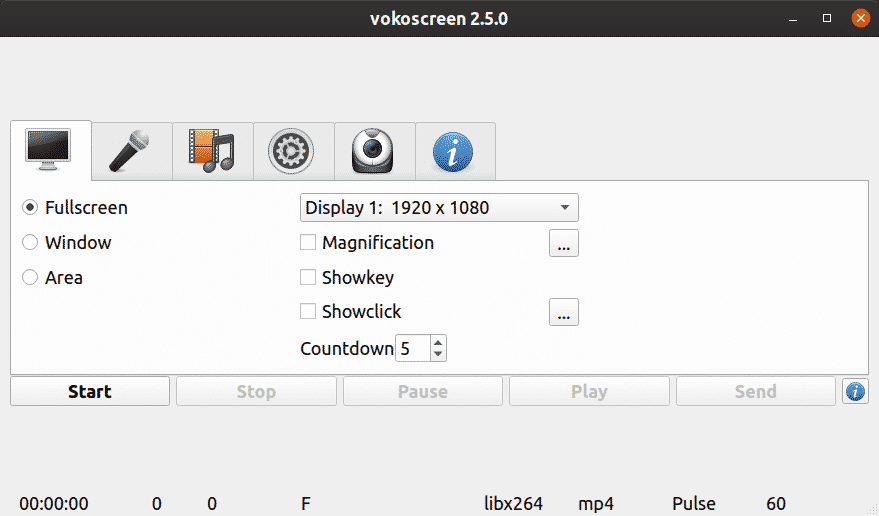 To set up 60 FPS recording in vokoscreen, go to video capture tab and set the value of “Frames” to 60. 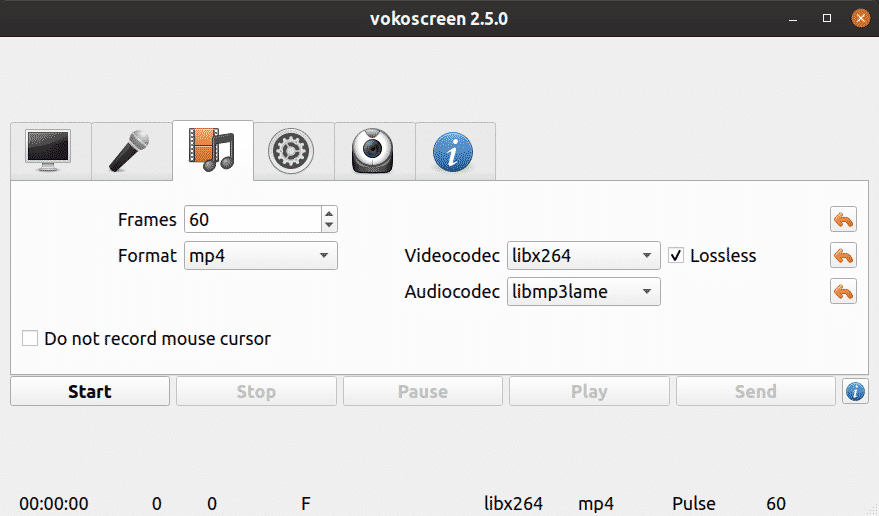 You can control VokoScreen through following hotkeys:

Simple Screen Recorder, contrary to its name, is a feature-rich screen recorder with plethora of options. With a built-in configured wizard, you can configure the recording behavior exactly the way you want, though going through configuration wizard every time to record a video can get a bit annoying.

Simple Screen Recorder is available in the official Ubuntu repositories and it can be installed in Ubuntu by running the following command:

To enable 60 FPS recording, set the frame rate to 60 in configuration wizard, as shown in the screenshot below: 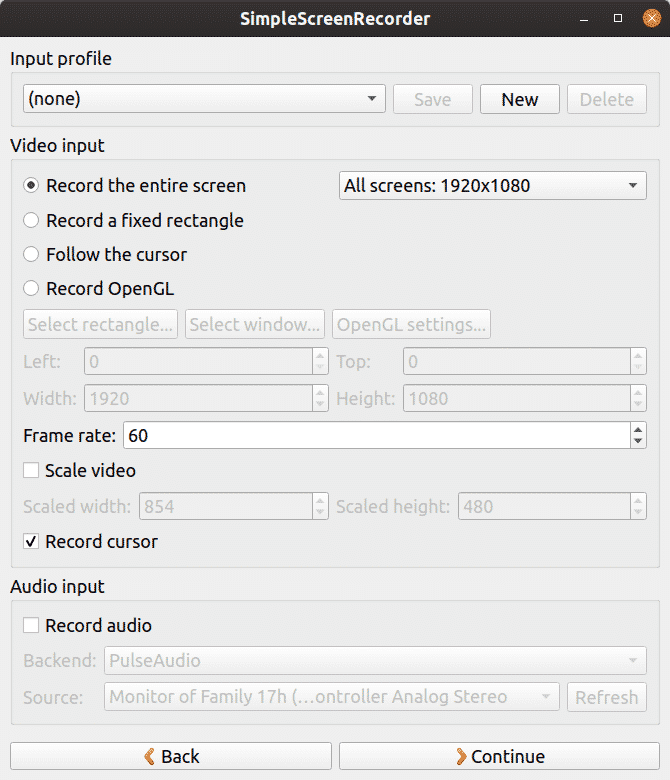 By default, Simple Screen Recorder sets <CTRL + R> as the hotkey for starting, pausing and resuming the video recording. You can customize the hotkey combination in the configuration wizard used for setup of the screen recording.

OBS Studio is available in the official Ubuntu repositories and it can be installed in Ubuntu by running the following command:

Newer versions can be installed from official PPA provided by the developers of OBS Studio. To install latest build from PPA, run the following commands one by one: 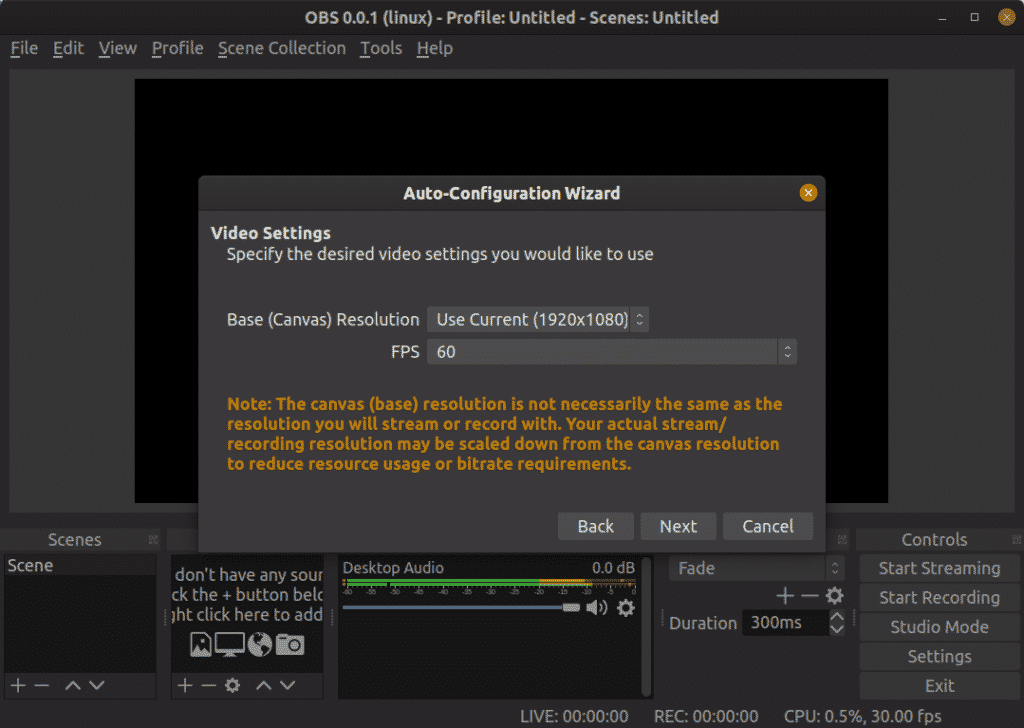 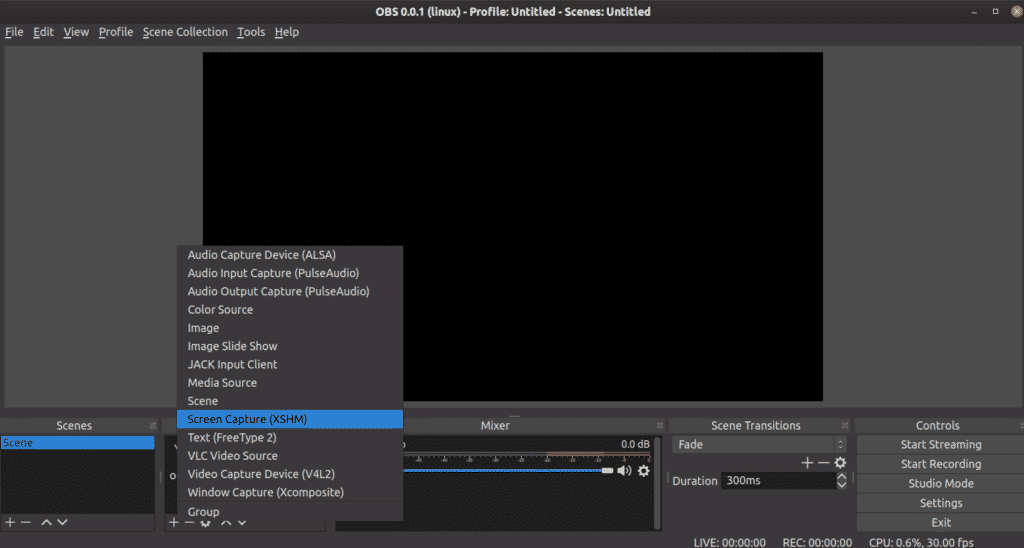 OBS Studio supports hotkeys, but comes without any defaults. You have to manually set hotkeys to start, pause and resume recordings from the settings menu.

These are the only apps that had no trouble in recording smooth 60 FPS videos at 1920 x 1080 resolution. OBS Studio is the most featureful and especially useful for live streamers. If you are looking for something that just works with a clean and minimal user interface, I would recommend Kazam instead.